“We want to put Maryland back on the map as a premier distiller of rye whiskey,” says Brian Treacy, president of Sagamore Spirit. 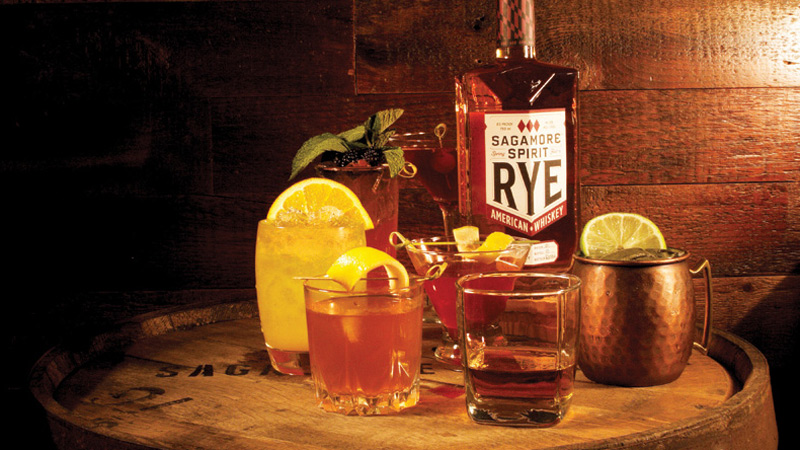 “We want to put Maryland back on the map as a premier distiller of rye whiskey,” says Brian Treacy, president of Sagamore Spirit. He waxes nostalgic about the Irish and Scottish who immigrated to the U.S. through the Baltimore ports, bringing their knowledge of distilling with them. He speaks of the dozens of distilleries that operated in Maryland – that is, before Prohibition and, later, the war efforts ended their liquor production.

“Maryland still has its own identity,” Treacy says, in Maryland-style rye whiskey: sweeter rather than spicy, more approachable and versatile.

To achieve that sweetness, Sagamore Spirit Straight Rye Whiskey uses corn in the mash bill while still achieving the 51 percent rye needed to meet legal requirements. The final product is a blend of two spirits, Treacy explains, “one just barely legal [at 51 percent rye] and one that’s 100 percent, mingling the two to give us the best of both worlds – the complexity of higher ryes with the sweetness of a lower rye. Then we proof everything with limestone spring water from the farm.”

The farm is Sagamore Farm, and the water comes from a 1909 springhouse. The naturally filtered spring water furthers the whiskey’s quality, he explains, since it’s clean, pure and iron-free.
Sagamore Spirit has been contract distilled, but the business is opening its own distillery at its Baltimore location in April, where the team will be offering tours and samples.

The Maryland-style rye whiskey is available at Virginia ABC stores and in several Richmond bars, including Mccormack’s Big Whisky Grill, Betty on Davis, Can Can, The Rogue Gentlemen and Comfort.

Be your own bartender at home and craft these cocktails to be enjoyed on a sizzling summer day.

Moscow who? We’ve made it 100% Maryland. Zesty and ice-cold, three simple ingredients make this drink a weekday winner.

Serve in a copper mug and garnish with a lime wedge.

Summer’s right around the corner, so kick up this Baltimore classic with Sagamore Rye. Best enjoyed with your toes in the sand or watching someone else man the grill.

Build in a Collins glass. Add crushed ice. Garnish with an orange wheel.

The Sagamore Old Fashioned – a veteran move, no matter what the season. Don Draper liked his at any time of day, and we couldn’t agree more.

Stir and strain. Serve in a double Old Fashioned glass over a large ice block. Garnish with a lemon peel.