Turns out, puppy love can strike at any age... 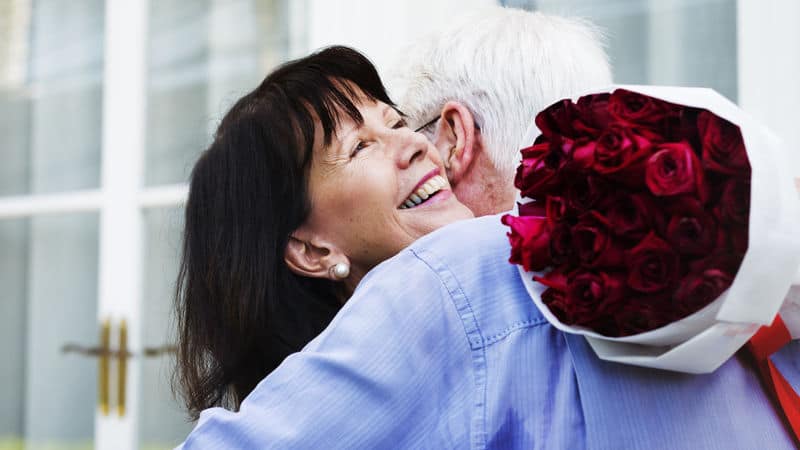 Dear Amy: I have boy problems! Ugh, I don’t think I’ve said that since my late 20s.

I am 40 now and until I met “him” just three months ago, I had pretty much decided I would be single forever. I was fine with that. Then HE came along. It was instant attraction for both of us. He approached me and we were immediately smitten.

We exchanged numbers and texted nonstop for two days until we were both available for a “proper date.” It was one of those great first dates. Remember those? We closed down the restaurant. We talked about everything, from work to current events, to where we see ourselves in five years.

The next night, I met his 9-year-old daughter, and a couple of weeks later, I met his best friend and her husband.

We were officially a couple and making big plans. You couldn’t keep us apart. Then he got distant. He asked me to be patient with him because he was falling fast, and he was scared. I didn’t hear from him for about a week, then got a random “how are you” text in the middle of the day. I responded, then nothing again. Radio silence. That was a few weeks ago and now he’s back, acting like nothing is wrong. I want to ask him about it. Mostly I want to know where we are, but I don’t want to scare him.

I truly believe that he cares about me and that he does want this as much as I do. HELP! – S

Dear S: Passionate velocity often crashes into a sort of nascent relationship terror with equal force. What happens next, however, will help to set the stage for the rest of your relationship.

He (and you) made a rookie mistake by bringing his young daughter into the mix. Meeting the child of a single parent is something you should do maybe at the three-month mark – not the day after your dream date. Yes, he was moving too fast. You were, too.

His actions, and his absence, should now be the subject of a deep and honest conversation. Is he someone who cuts and runs when he is stressed, confused, scared, or unsure? Was he in another relationship that he was exiting from during his distant time from you? Did his daughter freak out at the idea of him seriously dating? Can he talk endlessly about work and current events, but not describe his own feelings in any detail? You will find out.

If you are really into this guy (you obviously are), you should be courageous enough to describe your own feelings and concerns, and ask whatever questions you want to ask, without the fear of scaring him off. If a calm and forthright conversation about your budding relationship frightens him, then maybe he is not (currently) available to you. Understand that this single parent is already in an important relationship – with his child.