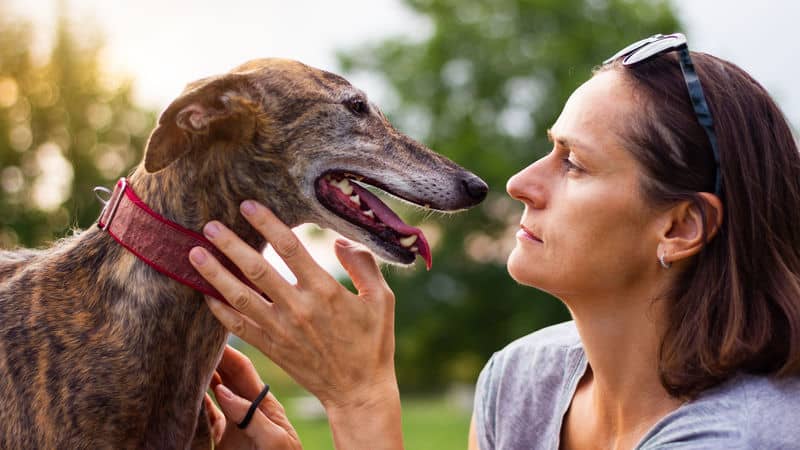 Dear Amy: Three months ago, I started dating a woman I’ve been very good friends with for two years.

She has a dog she adopted from a shelter 10 years ago. I love dogs.

We often take “Buster” for walks – he is cute, friendly, and well-behaved, but he has incredible separation anxiety and barks (out of jealousy, not aggression) when I try to hold or kiss my girlfriend.

She spends the night at my apartment two or three nights a week and has to bring him because of his separation anxiety, but since her dog cannot physically be apart from her, he is up in bed with us. This makes me uncomfortable.

If he isn’t allowed up, he digs at the carpet and barks until he is let up on the bed, where he wants to lick her face (and mine) until he settles down.

My girlfriend does nothing to discourage this behavior. I love spending time with her but between being barked at, the dog in bed, and having to listen to him lick her face for three minutes straight, I am very put off.

I explained to her that I don’t really want to kiss her after her dog has licked her mouth for three minutes, or with him in the bed between us where he growls at me.

We love each other, but I am at a loss for where to go from here.

Confounded by a Canine

Dear Confounded: “Buster” has been with your girlfriend for much longer than you have (in human years, they would be celebrating their platinum anniversary!).

Because dogs are pack animals – they are hard-wired to never be alone. They are either with you, or are waiting for you to return. The way to train them to wait calmly is NOT to greet the “excited” (jumping, licking) behavior with human excitement. Anticipate the behavior instead, and create a new routine where the dog feels relaxed and secure.

Buster needs to understand and respect that you are now part of the pack and that he doesn’t need to protect his human from you.

It would be wise for the three of you to visit a qualified animal behaviorist, who can observe and work with all of you together.

Counterconditioning might work over time: this is where you basically retrain your dog to associate the challenging situation (you are in the bed) with a good outcome (he gets a treat once he is lying calmly on his dog bed). Do not punish him or force him into a crate when he is distressed. This will only compound his behavior.

The humans involved need to exhibit controlled, cool, calm, and firm but kind leadership. This is why observing how a human interacts with a dog reveals so much about the human. 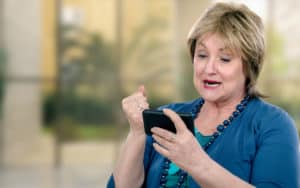 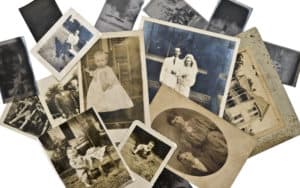