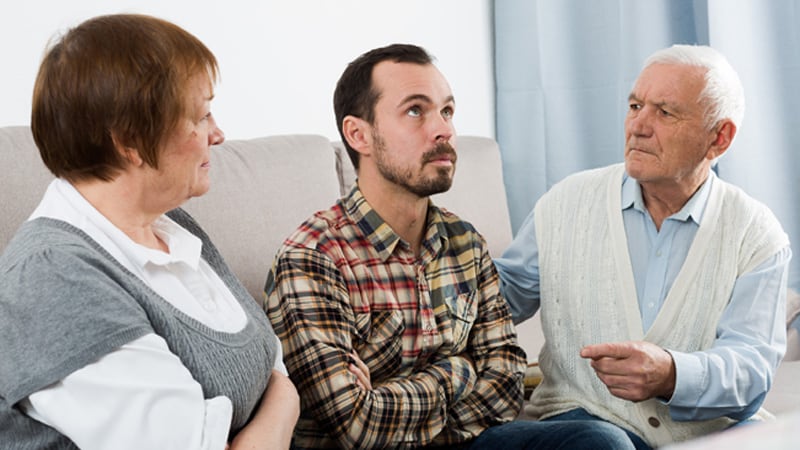 The two oldest boys share a room in our unattached guesthouse, my youngest son’s room is in the main house. Recently, my in-laws came to stay with us for a week. We moved them to the guesthouse. While the boys were not thrilled, they reluctantly cleaned up and relocated for the week.

When I woke up the first morning, both of my in-laws were already arguing in the kitchen. My mother-in-law proceeded to show me a marijuana pipe, rolling papers and a lighter that had been hidden under the sink in the guesthouse.

I told her that I would deal with it, and asked her not to say anything to the boys herself. She was furious that I would not address it immediately, and told me that she was “disappointed” in my parenting.

My mother-in-law then told my wife, who immediately scolded the two boys in front of the rest of the family, took away all of their privileges and phones, grounded them and then made them apologize to their grandparents several times. I feel that my wife overreacted to please her mother.

Both boys were silent, sullen and refused to engage with the rest of the family for the rest of the week. My mother-in-law told me that their trip was “horrible” and a “waste” because her grandchildren wouldn’t talk to her. Ever since, she has bombarded my wife with comments about how “weak” I am, and how I’m a “useless father.” I firmly believe she wanted me to get physical with my sons as a punishment.

Was I wrong in my approach? How can I get her to understand that I don’t need to explode in anger to be effective?

Dear Dad: I agree with your reaction, and your decision for how to deal with this. I also agree with your wife’s consequences, but not with how she delivered them– in anger, publicly, and without you.

The good news is that you probably won’t have to endure another visit from the grandparents. They sound extremely disruptive and unsupportive. There is no excuse for them basically trashing your parenting. Your wife could help to shut down these comments by saying, “Mother, stop it.”

You should not engage with your mother-in-law about this, because– quite plainly – it is none of her business. You should save your energy for dealing with your sons. Their drug use should tell you that (at the very least) they really should not be bunking in the guesthouse. They need closer supervision, direction and clear consequences from both of their parents.