Sage Advice: Husband Gives a Hand – and a Beer – to Homeless Friend 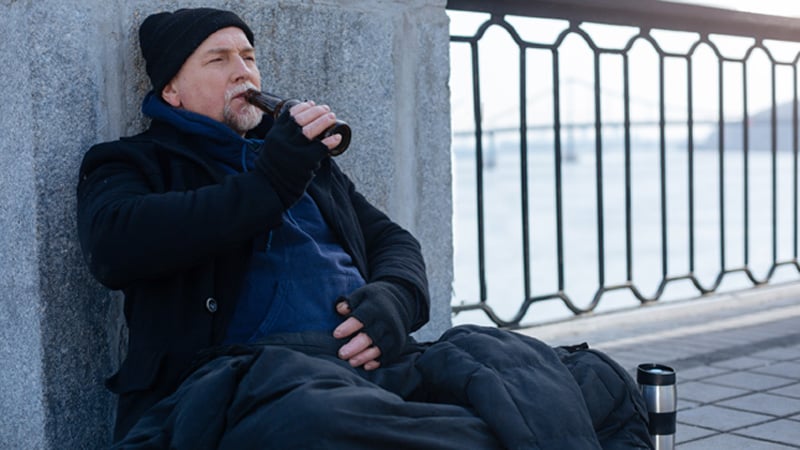 Dear Amy: Over the last year, my husband has been watching out for an older homeless man, “Bill,” that he sees around his office building each day.

My husband brings him a bag lunch almost every day, and has also given him bags of toiletries, winter supplies and the occasional sweater. I’ve been fully supportive, and have helped to pack supplies and lunches on occasion. I have been really proud of the compassion that he’s shown when that’s not typically in his nature.

Recently, I noticed that my husband had been putting beer from our fridge into the bag lunches.

When I questioned him as to whether that was a good idea, he told me that “Bill” had told him that he was dying of liver cancer, there was nothing anyone could do and that having a few beers was his one last joy in life.

I told my husband that I did not support giving Bill alcohol, as that was probably a factor with his illness. My husband argued that Bill should be allowed some happiness at the end of his life, and I should not be so “righteous.”

I stopped helping my husband pack lunches for Bill at that point, and I’ve stopped buying beer at the grocery store to keep in our fridge. My husband resents me for this now. He told me that I’m “petty,” and ever since, this has been an issue that causes arguments regularly. I’m pretty sure my husband is now buying beer for Bill at the liquor store.

I understand being charitable, but I won’t contribute to a man’s slow death, and I resent Bill for creating this wedge in my marriage.

I don’t know what to do anymore. Amy, what do you think?

Dear Disapproving: You say that your husband is not typically compassionate (nice dig), except when he is.

You wouldn’t give beer to this man (nor would I). In addition to the possible health risks, depending on where you live, I assume that “Bill” could be arrested for drinking on the street.

But your husband is the person who has taken the time to connect with Bill, and now he is doing what HE thinks is right.

Like you, I don’t happen to think this is a good idea, but you and he have had your debate, you’ve failed to persuade your husband to behave differently and now you should accept his choice – even if it is a flawed one – and let it go.

Bill is not creating a wedge in your marriage, but you might be.