Sage Advice: How to Handle a Noisy Restaurant-Goer 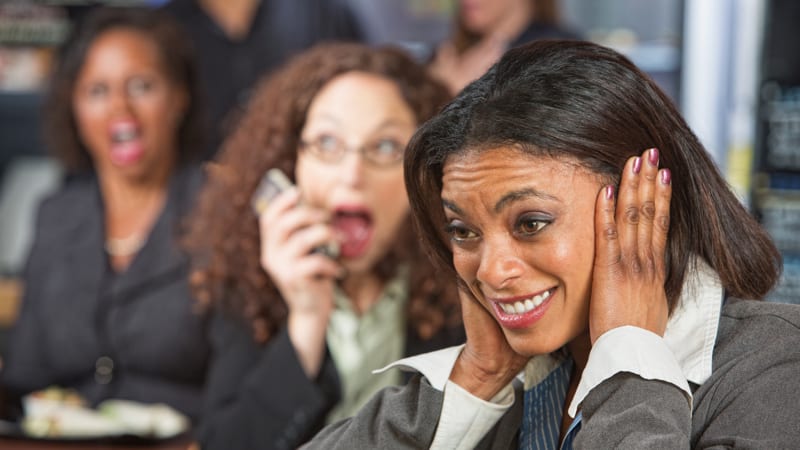 Dear Amy: During a recent dinner at a neighborhood restaurant/pub, four people at one table near us were having a very lively conversation. They were loud enough that nearby diners heard their conversation, whether we cared to or not.

One person did much of the talking, with his companions chiming in from time to time. The primary speaker was apparently very earnest, or passionate, or a bit limited in his vocabulary: most of his sentences included an F-bomb dropped as an all-purpose substitute for just about any adjective or adverb.

As this continued for more than 20 minutes, I became frustrated that their conversation had become an intrusion on the conversation at our own table.

When I asked my dining companions if I should gently ask the primary speaker to please lower his volume and suggest that he lighten up on the profanity, their reply was, “Absolutely not – it’s not your place.”

Was I out of line to be frustrated by the primary speaker’s language? Would your answer be different if children had been within earshot? (Not the case this time, as far as I could tell, although there very easily could have been.)

If he was being inconsiderate of his fellow diners, what would have been the proper course to attempt to rectify the situation?

Dear Distracted: Of course you were frustrated by these other diners! Restaurants overall seem to have become very loud environments, but sometimes one person’s voice and language cuts through the din.

All the same, I don’t think it’s a good idea to directly interact with disruptive and foul-mouthed people. There are simply too many unknown factors to do this safely, including consumption of the great idiot-magnifier: alcohol. Intervening would also basically end your party’s overall enjoyment completely, because now the evening would be all about this episode.

In this situation, you could speak to your wait staff and/or the manager. They would also not likely intervene directly (unless the disruption had become dangerous), but they might offer to change your table and/or comp your drinks or dessert.