The South Korean star on acting, future possibilities, and the influence of nearing 50 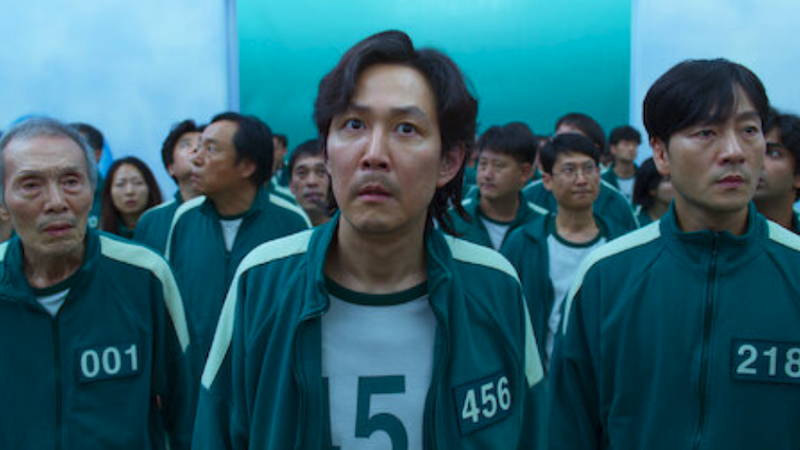 ‘Squid Game’ Star Lee Jung-jae of South Korean says Hollywood is not knocking on his door yet. How would he respond? Regardless, he has never been one to stay idle.

Top South Korean actor Lee Jung-jae is thoroughly enjoying the extra burnish to his already distinguished career that has come from the global success of “Squid Game,” Netflix’s hit survival game TV series. However, he says that the phone is not ringing off the hook with new offers from Hollywood.

“No proposals or requests have come my way,” he told Variety. “But, if the right one came along, I’d be happy to be in an overseas production. It could be fun.”

Lee plays Gi-hun, a penniless wastrel who gambles too much, steals from his family, gets beaten up by loan sharks and accepts a mysterious invitation to become contender #456 in the deadly competition. His affability and carefully crafted backstory make him an easy-to-like protagonist who faces an evil organization that its literally playing with people’s lives.

It was a role that Lee accepted with relish after a more than two-decade career, in which he played romantic leads early on but lately has been cast as austere princes, killers, and crooks. His credits include “Il Mare,” “The Housemaid,” “New World” and 2020’s “Deliver Us from Evil.”

Lee may have been playing against type for too long. Independent producer Jonathan Kim, who has known Lee since he was 19, says, “He thoroughly deserves the success he’s enjoying with ‘Squid Game.’ It couldn’t happen to a nicer person.”

“I didn’t expect this kind of success at all when I first boarded ‘Squid Game’ as a project. But when I read the script, I understood that it contained elements that could resonate with everyone and work outside of Korea,” says Lee.

Lee says he was also attracted to “Squid Game” by the stellar track record of writer-director Hwang Dong-hyuk, whose feature films include historical action drama “The Fortress” and the much-remade body-swap musical comedy “Miss Granny.”

“[Hwang’s] success comes from being very detailed about explaining the characters, their roles and their feelings. Sadness wears many different faces and [in ‘Squid Game’] the characters’ different sadnesses can easily be felt by viewers,” says Lee. “[Hwang] is very capable of building characters from the ground upwards, which is why when the characters have to take big decisions, they are believable. And it is why the audience is willing to believe in the show’s climactic ending. It is actually touching.”

Industry gossip says that Lee is now the most bankable actor in Korea, but he shakes off the idea that he has been fundamentally changed by “Squid Game.”

“Nothing much has changed for me as an actor. But Gi-hun’s character changes a lot over the course of the show. It has a large spectrum, which any actor would want to try out at least once in his career. This was possibly the first time I’ve played a character with such a range,” says Lee.

Korean films have grabbed the global spotlight thanks to titles like “Old Boy,” “Snowpiercer” and Oscar winner “Parasite.” But within Asia, Korean TV drama has long been regarded as the gold standard, combining creativity, classy performances, and high production standards. The global streaming giants are now engaged in a race to secure long-term supply deals with Korean producers and content suppliers. That makes it an exciting time to be in the Korean screen industry. And Lee says that “Squid Game” has opened his eyes to the options.

“There are always questions about whether something is better as a film or as a series. I’m not sure how much that matters. What is important is whether the script fits the form, whether the story is entertaining and captivating,” he says. “We are living at a time when an actor can choose freely between the two. These days in Korea, many series of 10 episodes or less are being made by writers and directors from the film scene. That makes me feel very at home. But series are naturally longer, which gives you more time to develop a character. Maybe as an actor I should do more series, explore some more.”

Lee, who has used the fruits of his past success to become entrepreneurial and venture into restaurants, property, and interior design, says he increasingly wants to focus on acting. He is currently producing and making his feature directing debut on “Namsun,” a Korean-language spy thriller that he got caught up in after buying the rights and rewriting the screenplay.

“Just because I’m doing the director’s job on this film doesn’t mean I’m going to be giving up acting. I still like acting the best and intend to focus on that,” he says. When I was younger, I was curious about other trades. I wanted to see other parts of the world, try things out. But it has been quite a while since I was involved in those things.”

“After I turned 40, I felt my stamina dropping, and rationalized that I should just focus on one thing, and I decided to focus on acting alone,” he says with a grin. “Now that I’m nearly 50, I feel it more. And I’ve decided that I’ll only do one job at a time. For now, I don’t have any plans to do an overseas project. But if a good opportunity presented itself, of course I’d be open to it.”