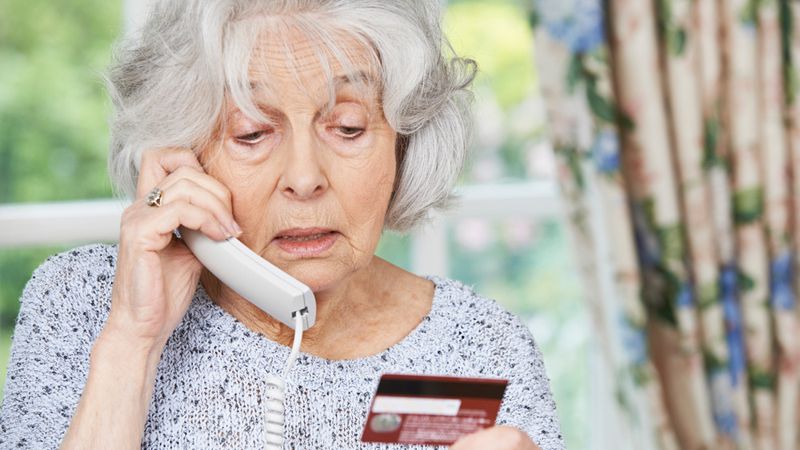 Your phone rings. It’s an unknown number. You answer. The caller announces that you and a guest have just won an all-expense paid trip to Cancun! All they need is a credit card, and you’ll be beach-bound before you know it.

OK. We know to avoid suspicious “Act now!” offers from unknown 800-numbers. But many soft-hearted, innocent seniors have become a target of scams. That thing you love about your parents – like the fact that they’re trusting and compassionate and would bend over backward for an opportunity to help you out – is what scammers love about them, too.

Scammers know that seniors are often lonely, often naïve and vulnerable and often unlikely to be skeptical of shady, too-good-to-be-true offers. These conscienceless villains also know how to prey on elderly victims’ fears, desires and benevolence.

It’s common for scammers to take on the identity of, say, the cable or power company, threatening to cut off service without immediate payment. No grandmother wants to risk missing a day of her soaps.

“The ‘grandchild’ scam is [also] a huge one,” says Attorney General Mark Herring. “Scammers will call, often late at night, claiming to be a child or grandchild stuck in a dangerous situation … Scammers even use publicly available information on social media … to get the name of a real family member to make the call seem more believable, then ask for large amounts of money to be wired to an account.”

False charity requests make their way into many scammer repertoires, too. Seniors tend to have big hearts and good intentions and are typically eager to support worthy organizations. It’s easy to get roped up in these schemes.

My own grandfather fell victim to a slew of senior-targeted scammers. For months, Opa was flooded with phone calls and mail offering sweepstakes or asking for charity donations. By the time anyone figured out what had happened, the perpetrators were long gone, thousands of shameless dollars richer.

Sometimes, con artists aren’t merely faceless strangers, but people you may actually know. My great-grandmother, Pearl, became a target in her later years (boy, my family sure is trusting). Her in-home nurse took advantage of her goodwill and manipulated her into “loaning” him money for his mortgage (whiskey), his child support (malt liquor) and his car payments (beer), while other caregivers helped themselves to household valuables in the meantime.

Now that I’ve fostered immense paranoia regarding all humanity, I do have some good news. And that good news is called “prevention.”

“The oldest advice is still the best,” says Attorney General Herring. “If something sounds too good to be true, it probably is.”

Another sign to look out for is if the caller pressures you to act quickly. They want to receive their money and disappear from your life faster than you can say “vacation in Honolulu.”

Encourage your elderly loved ones to look out for red flags before handing over their money to a stranger. Assure them that it’s completely acceptable to get more information before donating to some unknown charity called “The Human Fund” or to ask for proof before sending payment for utilities.

Dominion Virginia Power explains: “Dominion would never demand immediate payment via cash, a green dot card or a PayPal service. We would set up a payment plan and provide multiple notifications.” The company suggests asking for a company-issued picture I.D., refusing to let anyone in without a prior service appointment and calling police immediately if you suspect a scam.

Joan Shifflett, owner of Always Best Care Senior Services, explains the advantages of using a trusted service provider rather than a private individual. She cites the example of a couple that hired a private individual who robbed them of many valuables, but because the couple paid under the table, they hesitated to report the theft. Always Best Care screens employees through background checks and drug testing, Shifflett says. In addition, “When you hire someone under the table, if they hurt themselves in their home, you could have to pay their medical bills forever.”

But scammers are sly, and people are targeted every day. It can be humiliating for victims once they realize what’s happened, particularly for those who already feel their independence rapidly slipping away. If this happens to your elderly parents, the challenge is preventing this from occurring again while still maintaining their dignity and autonomy.

Sometimes, achieving security and dignity simultaneously seems impossible. My uncle installed a block on my grandpa’s phone so callers needed a code to be able to reach him – the block was invisible to Opa. Unfortunately, my uncle also had to put a lock on the mailbox to keep Opa from getting the mail.

New scams are popping up all the time. The attorney general’s office recently issued refund checks to Virginia consumers, including several seniors, who had been victims of allegedly deceptive door-to-door sales tactics. Herring encourages individuals to get involved in community TRIAD chapters, educational groups that focus on decreasing crimes against seniors by raising awareness of scams and frauds, strengthening communication between the law enforcement and senior communities and educating seniors on local and state resources.

Most importantly, don’t make your loved ones feel foolish for what’s happened. Scams are still very prevalent because fraudsters are continually figuring out innovative and cunning ways of duping their victims.

And hey, maybe treat them to a trip to Cancun once in a while so they’re not tempted to take up that offer from a stranger. 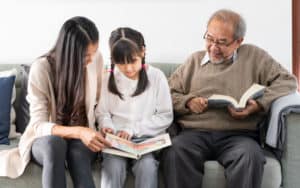 Aging Parents in Your Home, Part 3 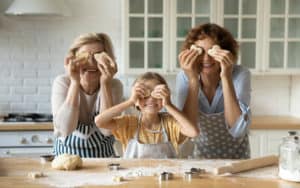 Aging Parents in Your Home, Part 1