Home » Arts & Entertainment » Books » Talking to Herself as speculative fiction

‘Talking to Herself’ by Melissa Powell Gay: A book review 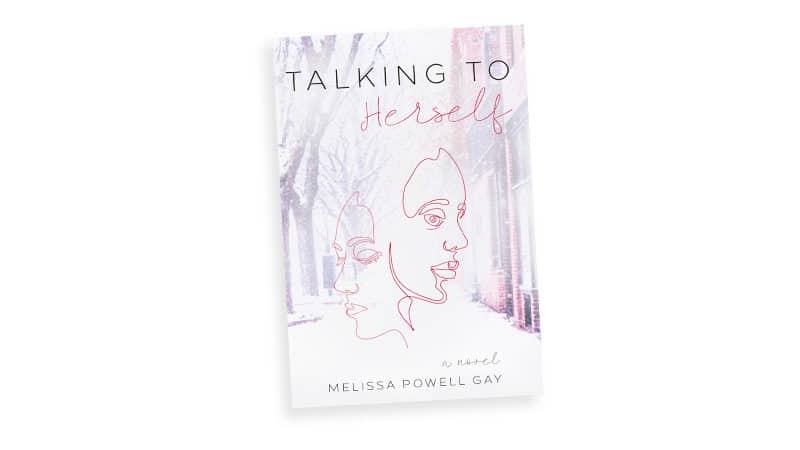 Although science fiction isn’t typically my go-to genre, I was a fan of The Twilight Zone and Ray Bradbury in my younger days. I appreciate surprise twists, as in the works of O. Henry and Alfred Hitchcock. My interest lies not in technological possibilities of the future but in the examination of psychology, politics, social constructs, and other philosophical angles. Virginia author Melissa Powell Gay ’s latest book combines several intriguing elements in a tale that carries readers along like a futuristic autopod. Talking to Herself as speculative fiction weaves an intriguing story of what could be, while probing the humanity that stays consistent throughout time.

Futuristic touches in Talking to Herself as speculative fiction

The tale begins with the main protagonist, Amara Vivian Graves, in 2049 and then sends her 50 years back in time. Gay constructs technologies and social changes that could potentially exist in 2049, along with a scenario that stumbled upon time travel. Since most of the plot unfolds in 1999, much of the world of Talking to Herself is familiar to readers.

In fact, to readers from Richmond, Virginia, the world is especially familiar. The author pulls in street names and landmarks from the capital city that strike a familiar, resonant note with locals without confusing other readers.

When 69-year-old Amara unintentionally returns to 1999, she is fully aware of her entire life – her past, her future, and her, well, present. She changes in chronology but not geography. She knows who and where she is. And thanks to her recent biochip plasma therapy, her transported self doesn’t look her 69 years.

Quickly, this confused time traveler meets fellow travelers. For these self-proclaimed Way Backers, finding the way back to the future seems hopeless, and the present seems dangerous. Many of their compatriots have disappeared, to who knows where.

Individually, the Way Backers share Amara’s experience of unwittingly changing chronology. Collectively, they have determined guidelines for navigating their new-old existence. They live and work in the world as needed, but they mostly stick together in the safety of their group. And they insist upon some basic rules: don’t go looking for yourself; stay away from anywhere you might have been at the time; don’t talk to people you knew from the time; don’t try to change the future; and if you start to feel twitchy or tingly or itchy, leave or … beware!

The Amara of 2049 is a woman in mourning. She has recently lost her husband of 47 years, John. It is her “apathy for living” that prompts her to get biochip plasma treatments, an aging remedy that promises to lighten her mood, increase her energy, and take years off her appearance. And it becomes her apathy for living that weakens Amara the Way Backer when she meets John – again – in 1999.

The conflict of Amara’s struggle in her relationship with the man she once knew winds throughout the book, throughout the years. She yearns to be with him again, and yet flashbacks of their years together make the reader question her yearning, desire, and decisions. Amara’s memories are touched with John’s distance, his flaws, and his unfaithfulness. For example, she recalls that he was a man of principle (including antagonism for unnatural aging remedies). Yet, she recalls, “She’d learned early in their marriage that silence preserved harmony.”

Talking to Herself as speculative fiction offers a measured approach to the future, little more than 30 years from today. There’s a touch of dystopia, yet measures of utopia, too, of useful technology.

The ending reminded me of one of my favorite Ray Bradbury short stories, “A Sound of Thunder.” I admit that I didn’t predict the ending (which made it even better), and yet it made sense (why I adored Shyamalan’s Sixth Sense, O. Henry, and The Twilight Zone). And I admit that when I shuffled back through the book to write this review, I saw how earlier details fit into the overall puzzle. In that sense, Talking to Herself is a book worth re-reading.

I’ll venture to label the book speculative fiction light. It has enough time travel and future conjecture to please many science-fiction fans, yet not so much to inundate the sci-fi apathetic. It’s an enjoyable read, with sufficient suspense, tension, and character development to keep you turning the pages. It might not have you talking to yourself, but I daresay you’ll have a few words for Amara along the way.