A movement to establish a national symbol of remembrance 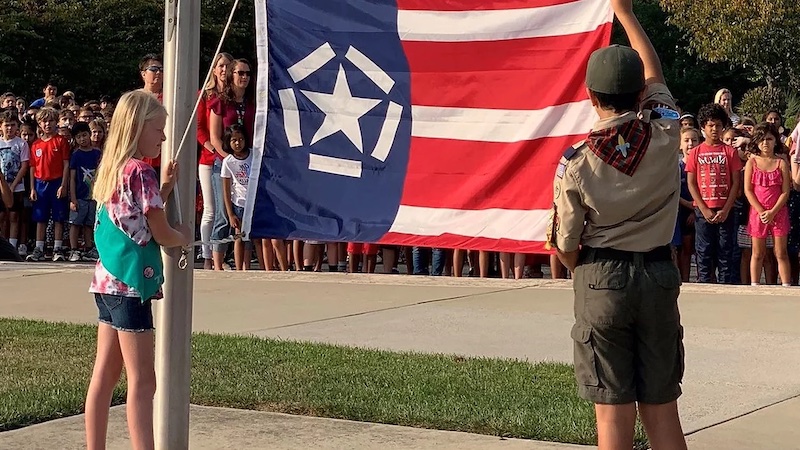 In the wake of 9/11, a restaurateur in Richmond, Virginia, created the Freedom Flag to symbolize the import of the day and to honor the importance of freedom into the future.

As I took in the sobering exhibits at the Flight 93 National Memorial in Shanksville, Pennsylvania, I was in the company of several groups of high school students. The memorial transported me back to that terrible day, Sept. 11, 2001. The exhibits reminded me of the emotions stirred on that day, including fear (What is the terrorists’ next target? Are my family and I safe?) and anger (How could such evil perpetrators kill so many innocent people?) as well as national pride and a powerful awareness of national unity.

The events of that day constituted the deadliest attack on U.S. soil in over 150 years and the deadliest terrorist attack in world history: 2,977 lives were lost in and around the World Trade Center in New York City, at the Pentagon in Arlington, Virginia, and on Flight 93, which crashed in Pennsylvania. Since 9/11, thousands of first responders have perished from 9/11-related illnesses and thousands more US soldiers have died during the global war on terror.

Also since 9/11, more than 80 million children have been born in the United States, meaning nearly 25% of our population have no living memory of the events. These young people – like the students I stood beside at the Flight 93 Memorial – have no memories to automatically attach the strength of emotions to the events. Emotions can be important motivators – in this case, stirring patriotism and the need to always be vigilant in protecting the ground that our nation stands on, the values that we stand for, and the people within our borders.

The inception of the Freedom Flag

Like other Americans, Richard Melito was stirred by 9/11. “I didn’t want to ever forget what happened,” he told the Richmond Times-Dispatch in December 2001. “I want people to be aware that there is something that can go on forever to represent the tragedy of that day.”

Soon after 9/11, Melito was moved to create a flag to commemorate the event. He named it the Freedom Flag. He sketched his idea on a napkin in his restaurant. He had a local flag maker create the first Freedom Flag to hang in his restaurant, Melito’s, which he had opened in 1981 in Richmond, Virginia.

Using the colors of the flag of the United States of America, Melito’s Freedom Flag symbolizes the people who died from the terrorist attacks, the first responders, those who have lived and died for freedom, and for Americans united for freedom. 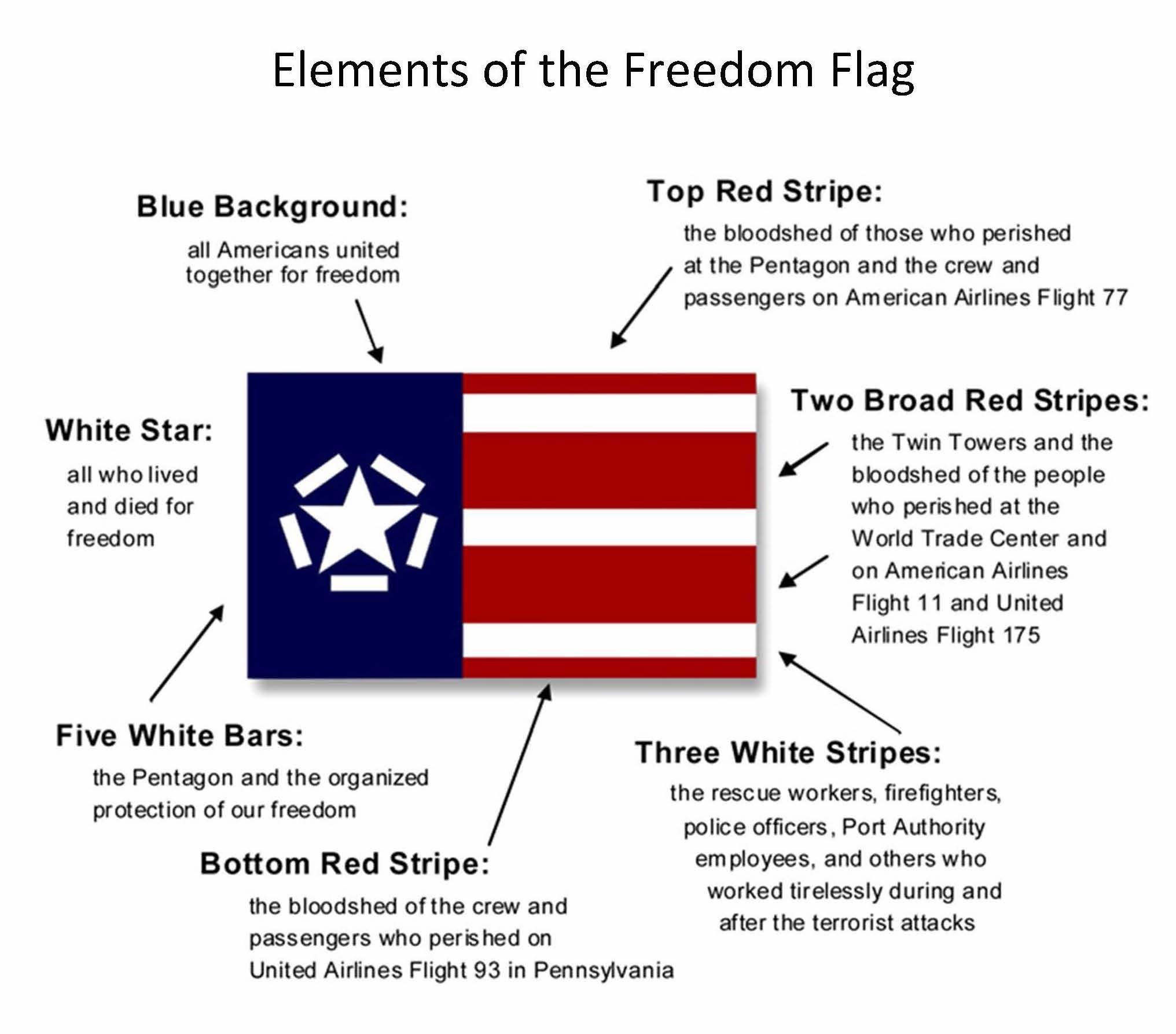 Volunteers supporting the mission of the Freedom Flag

Melito’s flag kickstarted a movement led by the Virginia-based, all-volunteer Freedom Flag Foundation. The foundation’s mission is to establish the Freedom Flag as a national symbol of remembrance for the events of Sept. 11, 2001. It works to see Freedom Flags raised nationwide, each year, on 9/11, flown half-staff below the U.S. flag and displayed for the rest of the month.

The foundation also works to educate future generations about the events of that day. One of its projects has been to introduce the Freedom Flag into schools across the country, reaching students like those I saw at the Flight 93 Memorial exhibits. Along with the flag, the foundation presents schools with small pieces of steel recovered from Tower 1 of the World Trade Center, to serve as a tangible object lesson for the students.

Those interested in supporting the work of the Freedom Flag Foundation can search its website for more information. The website also offers opportunities to purchase flags, pins, and other tokens of remembrance.

UPDATED to reflect that Delaware Governor Carney signed the bill adopting the Freedom Flag as a symbol of remembrance on Sept. 8, 2022.