Connect with the past, and honor the heroes 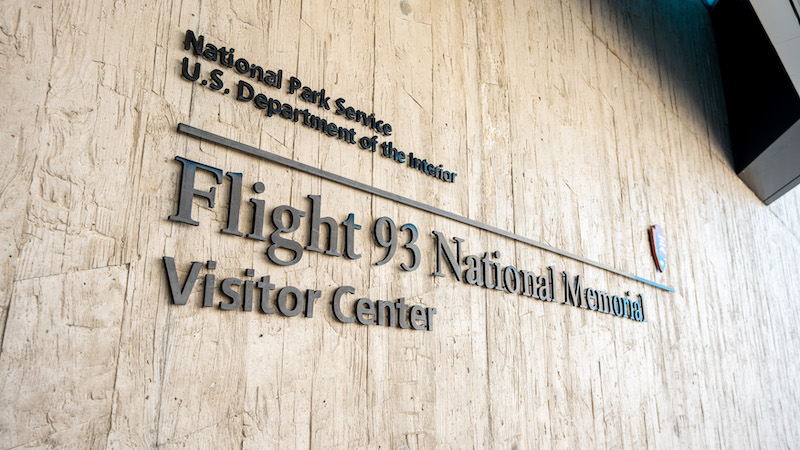 The Flight 93 National Memorial in Shanksville, Pennsylvania, tells the story of 9/11 and many of the people involved that day, on the very site where the fourth hijacked plane crashed during the tragic attacks.

Most Americans had never heard of Shanksville before Sept. 11, 2001. But the name became embedded in our memory, a part of that horrific day. The Flight 93 National Memorial near Shanksville, Pennsylvania, encompasses 2,200 acres and includes informative exhibits and memorials to the innocent lives lost.

The day 9/11 is seared in Americans’ memories, one of the days we remember where we were and what we were doing. Most of us were processing the news as it happened. One plane … was it a terrible accident? The second plane … no, it must be intentional. The third … and the fourth.

Remembering the events, honoring the people

The exhibits at Flight 93 National Memorial are informative and moving, jarring, sobering, and disturbing. The exhibits need only tell the story objectively to communicate the horror of the day and the bravery of the passengers who resisted.

I began my self-guided tour of the Visitor Center exhibits with contemporaneous newreels – breaking news, at the time. Watching brought back the flood of feelings from that day and the days following. Like most, I wasn’t directly affected, but I felt the tragedy of 3,000 lost lives, the violation of my country and its people under attack, and the fear of what might happen next.

The 9/11 timeline and the fourth plane

Other exhibits filled in the details that we couldn’t know as we watched, glued to our TV set. While setting the fourth downed plane, Flight 93, in the context of the other three planes, the exhibits focus on the flight that plummeted to earth in Pennsylvania. The exhibits follow the timeline of events, sharing cold details that stir hot emotions.

The exhibits go deeper into the story – into the military and other authorities’ reactions to the events, dealing in real-time with a scenario they had never envisioned. The exhibits follow the story on the ground in and around Shanksville – the people who saw the plane and the locals who welcomed authorities and reporters and victims’ families. The displays tell of the passenger and crew – the heroes – whose lives were lost when the plane went down.

While the exhibits inside the Visitor Center tell the story. The crash site and debris field are the story – a field that is now peaceful, now empty, belying the tragedy of the event.

Large walls and a formal walkway at the Visitor Center channel guests, visually and literally, along the flight path of the plummeting plane. The walkway ends at an overlook, where guests can see the crash site in the distance.

The property includes a memorial at the crash site and debris field. White marble walls further direct the gaze to the point of impact. On those walls are inscribed the names of the innocent victims aboard the plane.

Flight 93 National Memorial also includes the 93-foot-tall Tower of Voices, made with 40 wind chimes – one for each of the passengers and crew – each sounding a distinct musical note. By using music theory to create each note, all individual chimes are musically compatible with the others, connoting the serenity and nobility of the site as well as the dissonance of the tragedy.

A visit will remind, inform, and move you. Be sure to bring plenty of tissues.

My visit to the memorial was part of my trip to Laurel Highlands, Pennsylvania. For more information on visiting the area:

Stay and play at Seven Springs Resorts, then venture out into Laurel Highlands