The first and only museum to tell the entire history of the U.S. Army 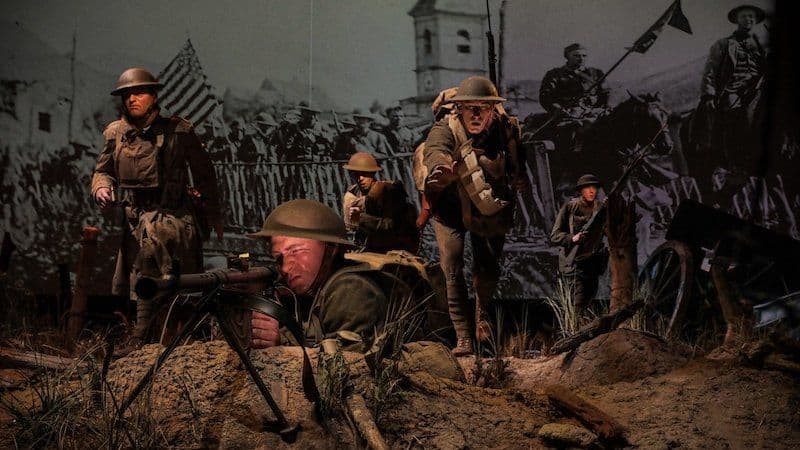 “The U.S. Army and the American Soldier forged the birth of our nation,” said Secretary of the Army Ryan D. McCarthy. So it’s only fitting that a museum near our nation’s capital should showcase the Army’s history. To that end, the National Museum of the United States Army opened to the public on Veterans Day, Nov. 11, 2020, in Fairfax County, Virginia.

The National Museum of the U.S. Army, located on a publicly accessible area of Fort Belvoir, Virginia, will be the first and only museum to tell the entire history of the U.S. Army.* The museum is a joint effort between the U.S. Army and the nonprofit Army Historical Foundation.

The museum is designed to tell the story of this branch of the United States Armed Forces through the eyes of the soldiers. It’s intended to engage with civilians as well as other military visitors.

The Founding of the Nation Gallery spans the colonial period through the War of 1812, including the Continental Army, the Revolutionary War, and the development of a professional army.

The Preserving the Nation Gallery examines the Army’s part in the Civil War and westward expansion, such as the Lewis and Clark Expedition, the Indian Wars, and the Mexican War.

The Nation Overseas Gallery, covering 1898-1918, goes into operations in China, the Spanish-American War, and the Mexican-American border as well as World War I. An immersive exhibit portrays the Army’s advance during the Meuse-Argonne Offensive and the FT-17 Renault “Five of Hearts” Tank.

The Global War Gallery portrays the Army’s role in the Allied victory during World War II. Artifacts include the M4 Sherman “Cobra King” Tank and a LCVP (Landing Craft, Vehicle, Personnel) that took part in the Normandy beach landings.

Other exhibits cover the Cold War (Out of the Ashes Gallery, 1945-1991), modern warfare (The Changing World Gallery, 1990-present), and the relationship between the Army and the American people (The Army and Society Gallery).

The Faces of the Army

The museum also profiles many of the most honorable soldiers and civilians serving the Army over the years, including:

Informative & Engaging, at the National Museum of the United States Army

To enhance the experience and improve learning, many features engage more directly with visitors.

The World War I immersive experience puts visitors into a trench-like environment with cast figures, lighting effects, imagery, and sounds of distant battle. The scene is based on a photograph of the Meuse-Argonne Offensive.

The Army Theater presents a 300-degree screen and external sensory elements to envelop the viewer in sight, sound, and movement. The current film, “Of Noble Deeds,” includes footage of soldiers and current Army operations along with re-creations of some of the Army’s most significant battles. The film is shown multiple times per hour, including one showing per hour with limited sensory elements and closed captioning.

The Experiential Learning Center offers hands-on educational and team-building activities in geography, science, technology, engineering, and math for visitors of all ages.

The Army Historical Foundation has also produced three digital registries, offering everyone who served honorably in or for the U.S. Army a way to have their names and service histories placed on record at the National Museum of the United States Army. The registry can be accessed at ArmyHistory.org, and registration is free.

“The Army is people. They are our greatest strength and our most important weapon system,” said the Chief of Staff of the Army, Gen. James C. McConville. “The National Museum of the United States Army is designed to tell the compelling and heroic stories of our people and take visitors on an exciting journey through the history of the U.S. Army as told through the American Soldiers’ point of view.”

Images of the National Museum of the United States Army