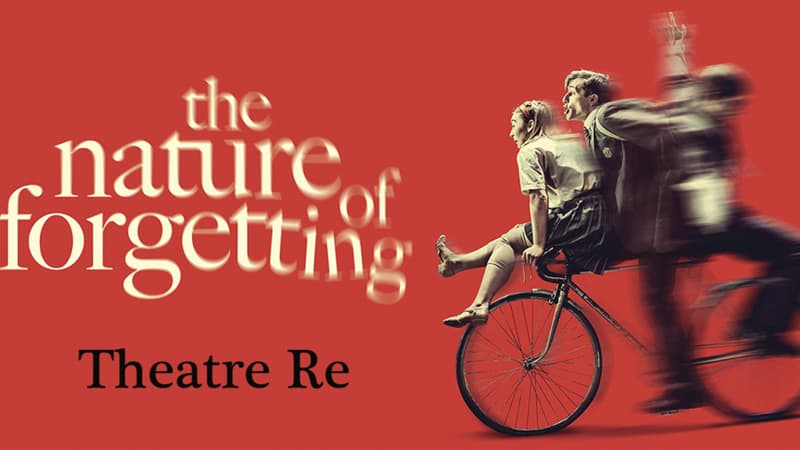 “What is left of a human being when everything else is gone? What is still me, still you, even if we don’t have our memories?” Guillaume Pigé posed this question about The Nature of Forgetting, a performance exploring memory and the loss of memory. “If you can’t remember anyone, are you still you? What makes you ‘you’?” 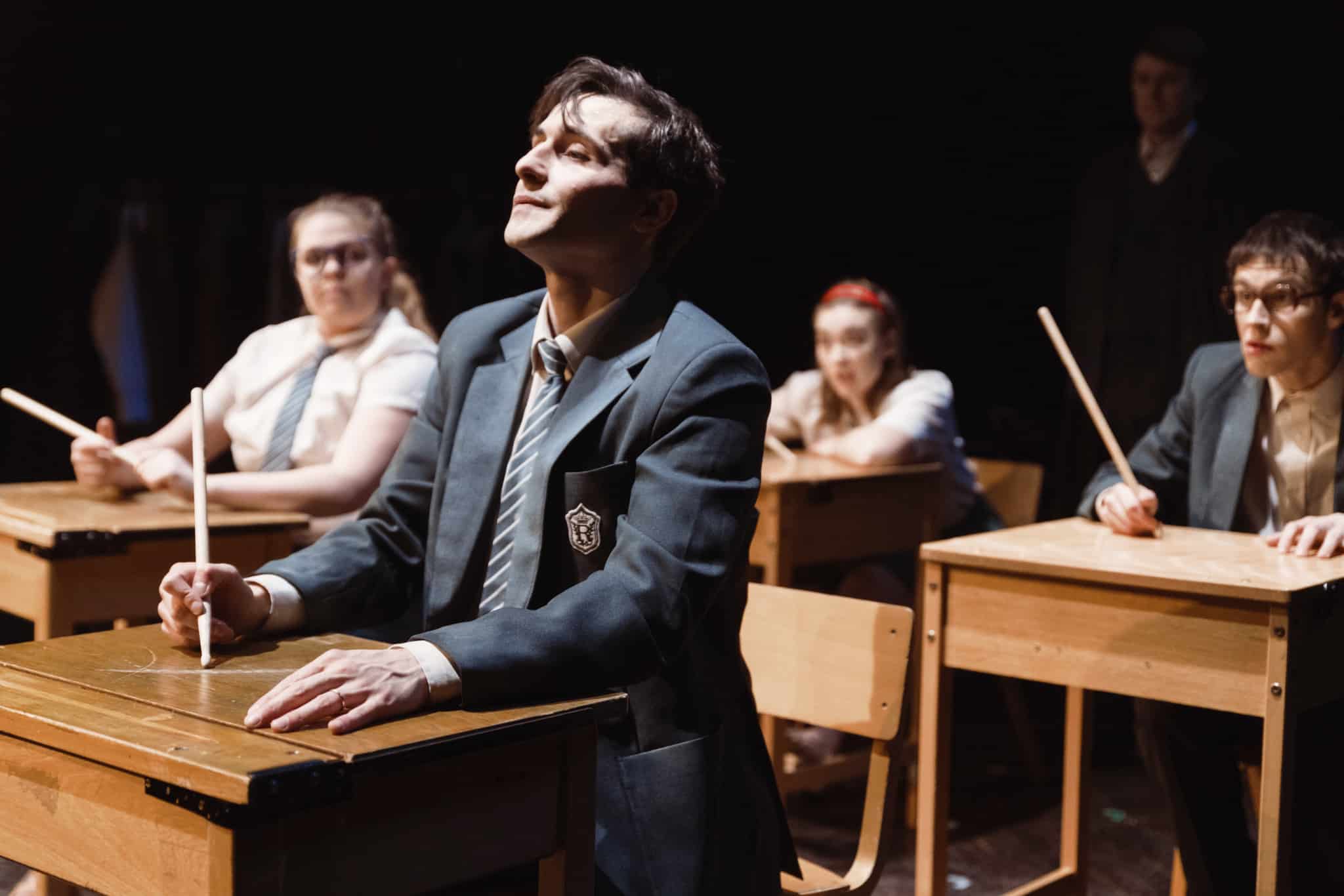 The Nature of Forgetting makes its U.S. debut at the Modlin Center for the Arts at the University of Richmond on Sunday, Oct. 21. Produced and presented by London-based Theatre Re, the show centers on a 55-year-old man, Tom, living with early onset dementia. As his daughter helps him get dressed for his 55th-birthday party, the feel of the clothes triggers memories – at first vivid, then becoming increasingly fragile.

The show was developed in collaboration with neuroscientist Kate Jeffery. Jeffery shared research on memory and amnesia with the Theatre Re ensemble and influenced other aspects of the presentation as it developed. The creators also interviewed people living with dementia in order to link the science with human experience.

As a metaphor for memory, the show combines action, props and music – no dialogue, only a few names peppered in like calls from a distance, from a distant past. “It’s a little bit like you’re outside the pub,” Pigé explains, “looking in from across the street.” 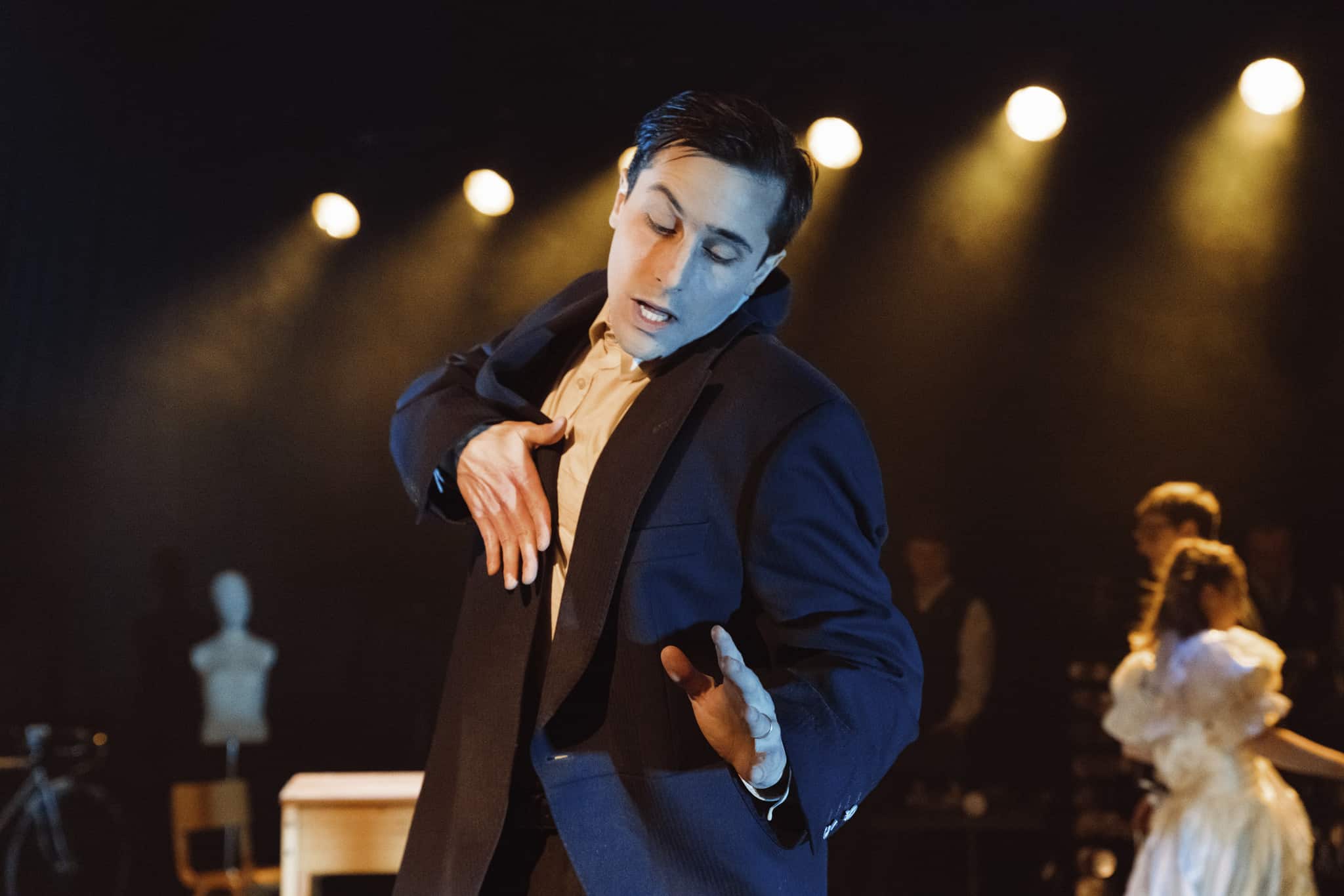 A stage on the stage portrays the sharper bits of knowledge, fading into a dimly lit circumference – like the hippocampus, says Pigé, which itself works like a workshop, an empty stage, where memories are being constructed – or deconstructed, reconstructed or even mis-contructed.

“We construct our memories visually … [so] to convey our story visually became essential,” Pigé says. The performance explores other significant aspects of memory loss, such as changes in behavior and loss of spatial awareness. The drama is like snatches of dreams that come back throughout the following day. The dim recollections bring with them the emotions originally evoked: joy, sadness, loss.

Like dreams, Tom’s recollected tales are fuzzy, inaccurate and non-linear. Memories range from simple joys of childhood friends, family, school and youthful antics, but the audience sees them slipping away, ebbing and flowing – and they see how the memories and their loss affect 55-year-old Tom.

Yet The Nature of Forgetting is not about dementia per se, and reaches a broader audience than simply those whose lives has been touched by dementia. “It’s a show about life, about love, about lots of other things,” Pigé says. “We use dementia as a tool to unravel the importance of life. If you’re going to try to show life on stage, you have to show elements of death.”

Guillaume Pigé trained originally as a mime, so the metaphorical stage presentation is a natural. He formed Theatre Re in 2009. “The name of the company comes from the prefix ‘re,’” explains the ensemble’s web site (ReTheatre.com). “It is the ‘re’ of re-discovering and re-imagining, breathing new life into what already exists.” 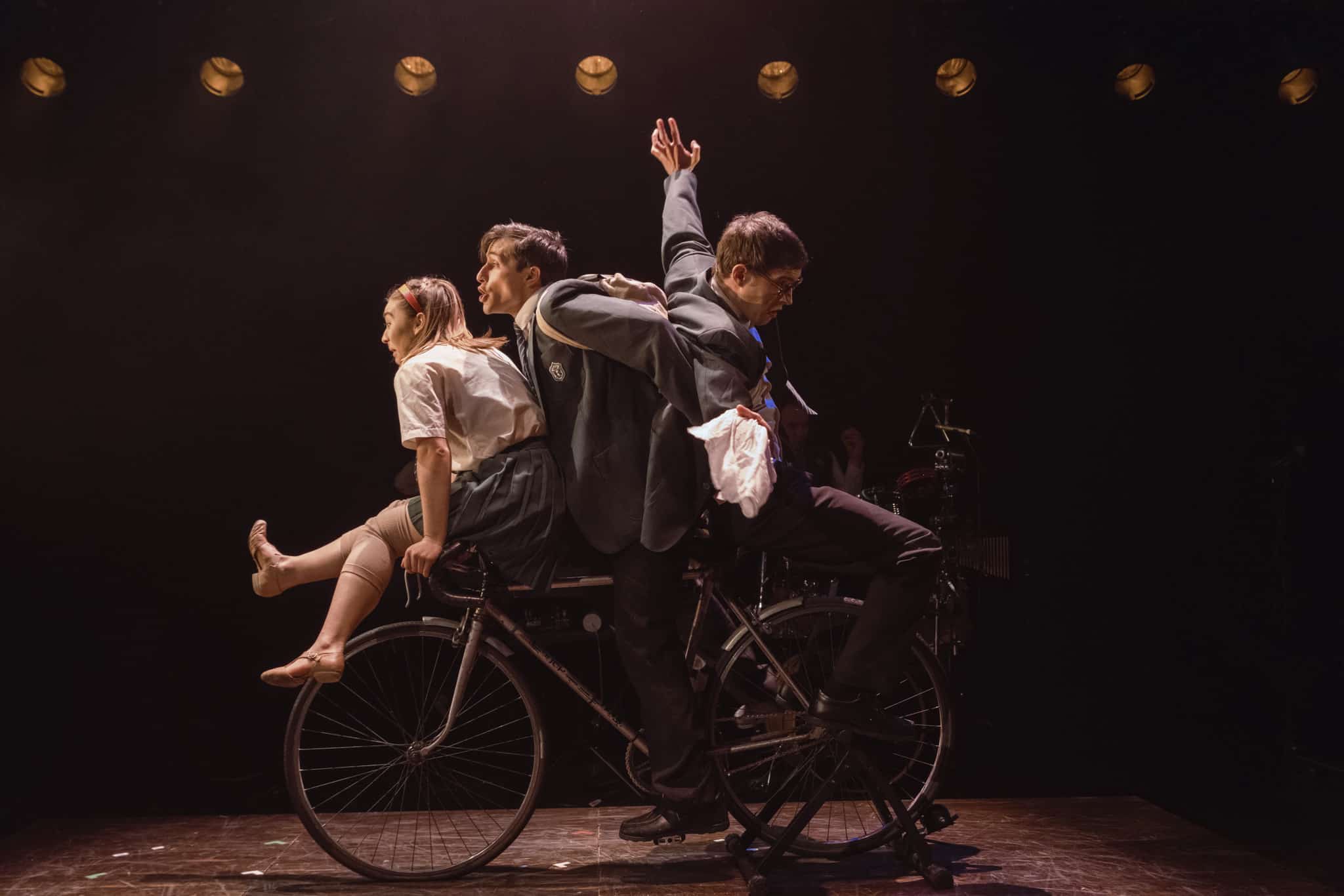 “If we’ve changed [audience members’] lives in one way or another – not just entertaining them, but a little bit deeper; not just about teaching either,” Pigé says. “If they come out with a tear in their eyes and a smile on their faces and rediscover the beauty of the little things in life … and the people they love … and the things that are important … then I think I’ve done my job.”

The Nature of Forgetting premiered at the London International Mime Festival in January 2017 and has traveled in the United Kingdom and internationally.