The Private History of Books

A provenance worth reading about 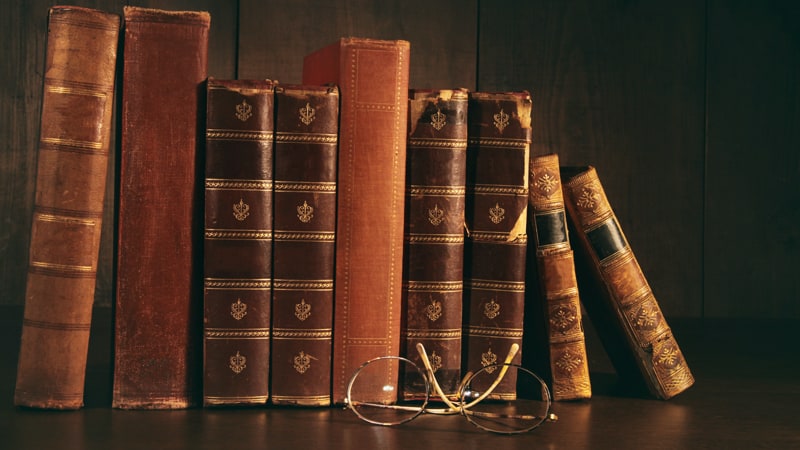 In a newly acquired copy of The Speaker’s Ideal Entertainments, circa 1892, I found on the flyleaf the signature “M. Isabelle Frost.” In the same distinct hand were names of Massachusetts pupils and the parts they were to recite in a school program. Could this Isabelle be the mother of Robert Frost? She was known to have recited often to Frost as a child, imbuing him with a sense of the sound and rhythm of language. As a young adult Frost occasionally helped at his mother’s school, where one of her subjects was elocution. With assistance from Alderman Library, I authenticated her handwriting and confirmed that I had added a fascinating artifact to my collection on rhetoric, elocution and oratory.

A HISTORY OF BOOKS

All books have a history, sometimes secret, sometimes mundane and sometimes poignant. My copy of Student and Schoolmate, 1866, was presented by his father to young Robert Schofield. The undated inscription falls between the time Gen. Robert Schofield commanded the Army of Ohio in Sherman’s march through Georgia and the untimely death of young Schofield at the tender age of 10. Schofield Barracks in Hawaii bears the general’s name in tribute to his distinguished service in war and peace.

In 1817, Richard Rush, son of Declaration signer Benjamin Rush, succeeded John Quincy Adams as minister to England. During his tenure he purchased and signed a copy of Aristotle’s Rhetoric, Oxford, 1816. When I acquired the book, I recall wondering how much time the current ambassador spends browsing London bookstalls.

In 1965, while perusing the shelves of San Francisco’s Newbegin’s Bookshop, William Saroyan purchased Acting and Actors, Elocution and Elocutionists, 1894. He signed the book in three places, adding what can only be described as a doodle. The book offers no clue as to why Saroyan bought it.

READING BETWEEN THE PAGES

I am especially interested when provenance reveals how a book was used. In the 1890s Elizabeth Smalley attended the Emerson School of Oratory in Boston; she left behind more than a dozen of her schoolbooks. Consequently, each has her bookplate along with her marginal notes, laid-in school programs and occasional clippings skewered to the page with a straight pin.

However, all too often owners fail to preserve information about the provenance of books. Booksellers frequently make no mention of scrawled names (Frost, Schofield, Rush). Previous owners did at some point know and care about the history of these books. But when proper explanations are not clearly noted, a family treasure easily slips away. Special books, and heirlooms such as furniture and paintings, can be tagged easily and unobtrusively.

Otherwise, who else will know your grandfather built that old oak table?

I give a prominent place on my bookshelves to a copy of Garret Epps’ The Shad Treatment, 1977, signed by the author. On blank pages of Epps’ brilliant fictional account of Virginia politics, I have collected inscriptions by political notables; this includes governors from Linwood Holton to Ralph Northam. Consequently, this book will be passed on to someone willing to continue the quest. Its history has just begun.

Jerry Tarver, retired professor of speech communication, collects books and ephemera documenting the efforts of Americans to express themselves with eloquence and effect.