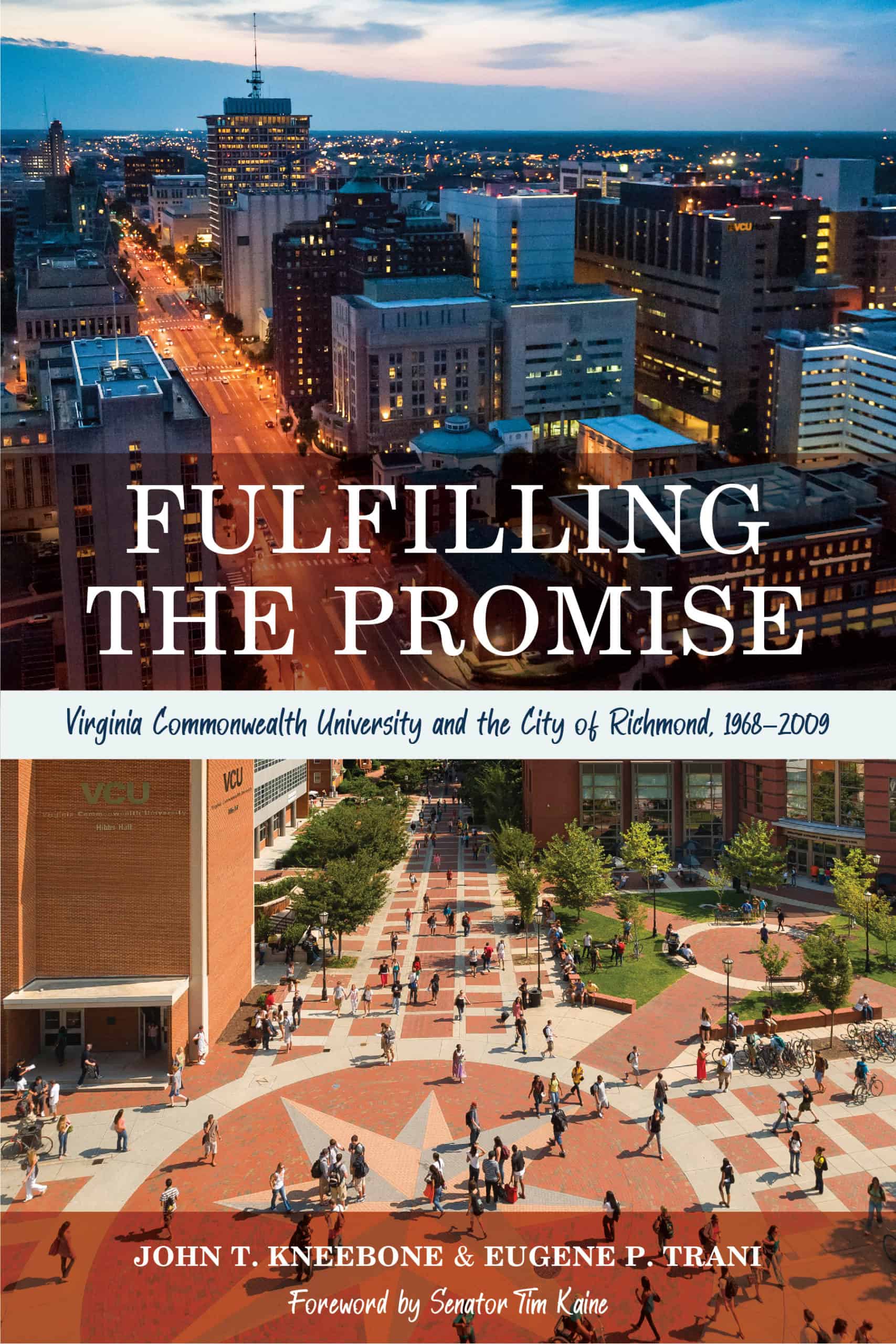 In a measured chronological march that begins with the merger of Richmond Professional Institute with the Medical College of Virginia, Fulfilling the Promise explores VCU’s growth and expansion. As an urban university, its growth is enmeshed with the Richmond community, so the story includes incursions into neighborhoods and social movements. A reader will come away with a greater understanding of what makes VCU strong as an institution and how it has impacted Richmond.

The book has received plenty of accolades:

Good for what it is

Written by two partisan insiders, Fulfilling the Promise has limits to what it offers readers – acceptable limits, if one understands them going in.

At the same time that it takes a deep dive into VCU’s story, the book illustrates how history is written from the point of view of the victors. Authors John T. Kneebone (Associate Professor Emeritus of History at VCU) and Eugene P. Trani (VCU President Emeritus) tell the tale from the top of the tower, reflecting their points of view and their objectives for the university, using a scholarly writing style. Administrators, politicians, and other leaders play starring roles in the book, not students or community activists. The book offers little perspective from or empathy for those who might have opposed some of the university’s decisions. Similarly, it doesn’t offer admissions of possible missteps, introspection, or sentiment for its hometown – those who know backstories of local history may deem there to be omissions.

Fulfilling the Promise also peeks into how significant national conflicts affected students and the community, such as Vietnam and civil rights protests. At the same time, it doesn’t offer probing insights into cultural movements of the day, since such examinations may not be within the scope of this book.

Regardless, readers will come away with more knowledge of VCU’s history. They will learn university administrators’ observations on the interplay between an urban university and its surrounding community. This is, after all, a part of the story.

Looking for honest book reviews, under-the-radar books, and titles chosen with a Boomer audience in mind? We’ve got you covered!