Review of the Newest Kathy Reichs Release, ‘The Bone Code’

Plenty of mystery … and a disappointment 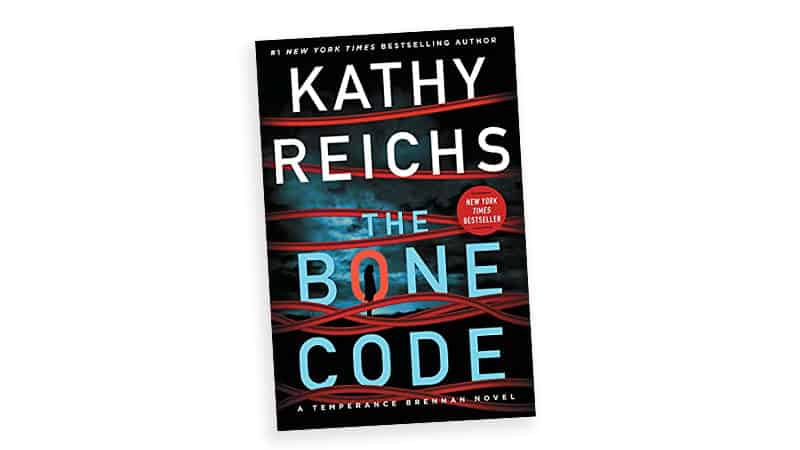 With so many books and writers to choose from, only a few new releases from favorite authors get my attention. Kathy Reichs’ Temperance Brennan books are among them. Her latest release, The Bone Code, includes the elements that typically make Kathy Reichs books enjoyable – indeed, the same elements I gravitate toward in fiction. Only the conclusion was a disappointment.

As mysteries, thrillers, and suspense, Temperance Brennan stories deliver. From Déjà Dead on, the books qualify as page turners. Even when the reader’s heart isn’t racing, wondering what’s going to happen next, the narrative ranges from compelling to gripping. There is never a good time to stop reading. Yet because most of us have responsibilities that keep us from finishing any book from cover to cover, the sections and chapters provide satisfying stopping points. Until tomorrow, I promise as I set the book down.

Whatever the genre, characters determine my affinity for a book – not only who the people are but how well the author develops them. While a reader’s acceptance or rejection of a book can depend upon the characters, that judgment is profoundly subjective. Personally, I hope to like and respect the protagonist. I would be happy if seated next to that person at a dinner party.

Patricia Cornwell’s Kay Scarpetta books lost their appeal for me as the protagonists – Kay, her niece, and other main characters – became more dark, pessimistic, and even anti-social. Admittedly, though, Cornwell’s Nov. 30, 2021, release of Autopsy, which brings Scarpetta back to Virginia, is tempting me.

On the other hand, if the “protagonist” is clearly not meant to be entirely likeable, such as Stephen King’s Carrie, I’m willing to suspend these criteria. Carrie does engender some sympathy, though I’d hesitate to hang out with her!

Another appeal of Kathy Reichs’ books is the touch of nerdiness. In every Temperance Brennan novel, Tempe’s observations as a forensic anthropologist give fascinating glimpses into the science of uncovering clues in decomposed bodies. In addition to descriptions of finding clues in the bodies, The Bone Code is laced with the science of DNA.

My ideal novels also resonate with my values. I appreciate that Tempe Brennan is a strong, capable, and intelligent professional woman who is passionate about her work, especially about finding justice for victims.

In her latest book, Kathy Reichs delivers a page turner, populated with characters I would welcome in my circle of friends. This novel, the 20th in the series, continues the relationship between Tempe and her long-time partner, Ryan, while bringing in Tempe’s friend Anne as a colorful, loveable character. Another recurring character, Birdie the cat, factors significantly into The Bone Code. And although I prefer dogs to cats, I can’t help but have warm fuzzies for a character who clearly cares for her feline companion.

As in other Temperance Brennan novels, the action of The Bone Code toggles between Canada and the U.S. This book centers on Montreal and the Isle of Palms barrier island near Charleston. The mystery revolves around a medical waste container that washes up on the South Carolina coast with two decomposed bodies. Upon examining the bodies and determining that both are female, the forensic anthropologist recognizes the similarity between an unsolved case she worked in Quebec years earlier. There, too, two female bodies, one merely a child, had washed ashore in a medical waste container: bodies tightly curled, fingers missing, and bodies bound in sky-blue polyethylene sheeting with poppy-red electrical wire.

Tempe is determined to solve both mysteries. Her determination extends beyond professional pride and intellectual curiosity. She recognizes that these four females were brutally murdered. She knows that there had been no recognition of their deaths, no closure – no missing person reports that matched the descriptions of the deceased. She is haunted by the image of a child from the first pair, whose mouth had held a fake ring. Tempe “imagined the girl quickly palming her treasure into her mouth,” before being shot.

“The usual wrenching questions pummeled my brain,” she narrates. “Were the child and the woman shot together? Did they plead for their lives? Who was killed first? Did the child know she was going to die?”

And later, the images haunt her again. “A ring set with an emerald too garishly large to be real. Worthless. Except to a child who saw beauty in the gaudy stone and the peeling silver paint.

“Though I’ll never know for sure, I picture the little girl, desperate, slipping her treasure into the only hiding place available to her. On her knees, a gun barrel pressed to her head.

“When I found the plastic bauble wedged in what was once the tiny esophagus, my heart stopped, and a burning desire consumed me. I will avenge you, I’d whispered to the dead child. I will bring you down, I’d whispered to her killer.”

A second mystery is playing out in South Carolina as Tempe Brennan is agonizing over the four unidentified dead females. A human flesh-eating contagion is spreading, apparently contracted through family pets. As Tempe gets closer to identifying the killer, she begins to see a connection between the two mysteries.

And this, for me, is where the book disappoints. So as not to spoil the conclusion, I’ll simply say: the creative denouement is problematic – in the real world, in 2021. An author who values and promotes science may just offer fodder to some who don’t.

I won’t say that this disappointment will keep me from eagerly snatching up the next Temperance Brennan book. The story contains the elements that make Kathy Reichs books enjoyable, and the ending that rankles me is fiction. Nor should my chagrin keep you from snatching up The Bone Code. Opinions are merely that, after all, and laced with subjectivity.

Besides her work and writing for BOOMER, editor Annie Tobey flexes her freelance muscles regularly in numerous local and national publications. Her passions range from justice, truth, and compassion to pleasure – specifically craft beverages and active travel. Annie’s slogan? A breeze on my face and a draft on my lips.