Who decides what’s right for a child? 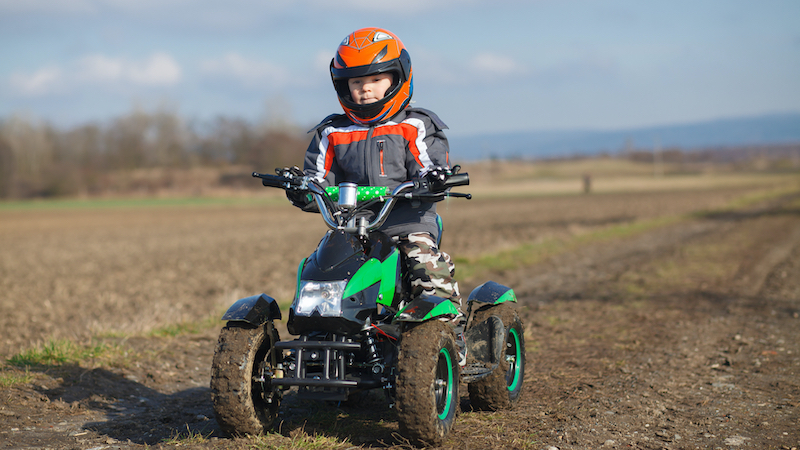 A concerned parent writes to “Ask Amy” after the in-laws repeatedly ignore rules against ATV rides for the 5-year-old and keep unlocked firearms in their house. See what advice columnist Amy Dickinson has to say when grandparents ignore parents’ requests.

Seven months ago, my in-laws took my not-quite 5-year-old child for an overnight, and broke the one rule that my spouse and I set for our child’s time with them: NOT to ride their ATV.

We do not feel it is safe, particularly on public roads.

We reminded them of this rule as they were leaving for the outing.

Immediately upon their return, our child spontaneously shared that they had ridden the ATV, including on the roads.

My in-laws did not apologize, nor acknowledge wrongdoing. They believe it is safe and within their rights to make that decision.

An additional concern I have is that they have unsecured firearms in their home and refuse to get a gun safe to lock their weapons.

I believe that the two matters show very poor judgment on their part, and that my young child is not safe in their care.

I don’t feel that my in-laws are trustworthy, they don’t respect us as the parents, and they have poor judgment in regard to safety.

My spouse is more inclined to give them the benefit of the doubt, despite these and other differences.

My take is that these grandparents should not have your child on their property without you or your spouse being physically present.

The Consumer Product Safety Commission’s 2018 annual ATV report on deaths and injuries (the most recent statistics) finds “there were 81,800 ATV-related emergency department-treated injuries reported in 2018. More than a quarter of those injuries were sustained by children under 16 years old, the highest of any age group.”

The report goes on to say: “Even if a locality allows people to drive off-road vehicles on paved public roads, ATVs are not designed for that purpose. ATVs can be unwieldy on paved surfaces, and the risk of collision with a car, truck, or other vehicle is significantly higher, increasing a rider’s chances of injury or death.”

Each year in the U.S., nearly 350 children under 17 gain access to a gun and unintentionally kill or injure themselves or someone else, according to Everytown.org. Nearly 77 percent of the incidents happen inside the home.

Not only do your in-laws exhibit extremely poor judgment regarding the safety of your child (or any child), but they obviously don’t respect your very reasonable requirements.

Their behavior also puts your young child in the terrible position of doing things they are not supposed to do, and then risking rebuke by the grandparents when the child tells you about it.

The NRA’s guidelines for young children are simple:

I live in a rural area where many people own both ATVs and guns. But NO responsible person who cares about children will risk a child’s safety.

And no wise grandparent who wants to spend time with a grandchild will openly defy that child’s parents.

In the tradition of the great personal advice columnists, Chicago Tribune’s Amy Dickinson is a plainspoken straight shooter who relates to readers of all ages. She answers personal questions by addressing issues from both her head and her heart – ranging from when grandparents ignore parents’ requests to DNA surprises. A solid reporter, Dickinson researches her topics to provide readers with informed opinions and answers. Ask Amy, P.O. Box 194, Freeville, NY 13068