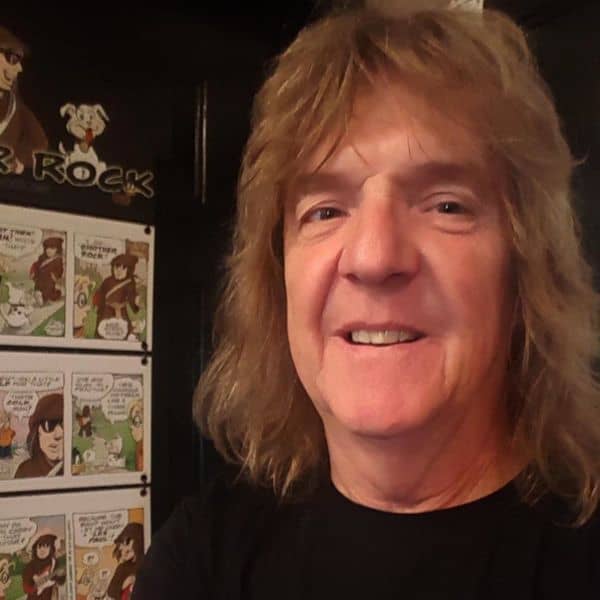 Randy Gabbard is a professional musician based in Nashville, Tennessee, and the creator of the Brother Rock comic strip. Gabbard has has been playing professionally since the 1970s, opening for bands like Molly Hatchet, Ozark Mountain Daredevils, and Cheap Trick, and playing with The Who, the Rolling Stones, the Moody Blues and more. He also founded a classic rock band called Brother Rock, the original inspiration for the comic strip.