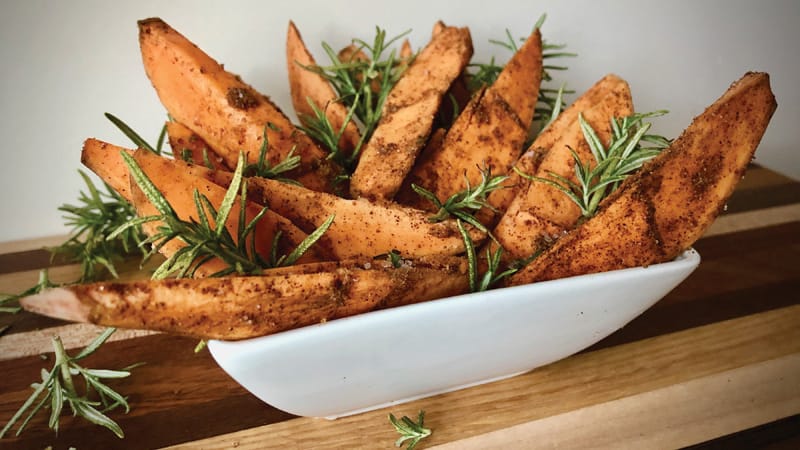 Survival at the fledgling Jamestown Settlement was difficult from the beginning, as the first colonists faced many obstacles. What hallmark days there were came and went with muted observances; survival was the name of the game.

So, as Christmas approached in 1608, the colonists – including my 10th-great-grandfather, John Burrowes – may have thought about yule logs on fireplaces, hot toddies and roasted flesh back in Mother England, but they were not planning a celebration to speak of on New World soil.

It was at this time that Capt. John Smith left Jamestown, commanding 40-plus men spread out among two boats, looking to trade with Native Americans for corn. The food supply at the settlement was dwindling, and they set out on an overnight trip to the village of Warraskoyack, located near the present-day town of Smithfield. The village lay just across the James River, then known as the Powhatan Flu.

Having done business, Smith and his men left Warraskoyack, again to traverse the James River, with the village of Kecoughtan, near the present-day city of Hampton, as their destination.

While out on the water, a full-blown nor’easter, often called a winter’s hurricane, blew up over their tiny boats. Skies turned gray, then black, and billowing clouds blew heavy rain laced with snow riding on waves of cutting winds. The men fought to control their boats and make it to shore, which, after a struggle, they did.

Drenched and miserable, Smith and the others were brought into the homes of the natives, where, as the storm raged outside for a week and the group was unable to return to Jamestown, they celebrated the first documented Christmas in what would become English-speaking America.

In his journals, Smith wrote:

“The next night being lodged at Kecoughtan six or seven days, the extreme wind, rain, frost and snow caused us to keep Christmas among the savages, where we were never more merry, nor fed on more plenty of good oysters, fish, flesh, wild fowl and good bread, nor never had better fires in England than in the dry warm smoky houses of Kecoughtan.”

A decade later, the foundation of setting aside a day of giving thanks was first observed.

About 20 miles up the James River from Jamestown is the current site of Berkeley Plantation in Charles City County. First known as Berkeley Hundred, the approximately 8,000-acre settlement was named after Richard Berkeley, one of the founders of the 1618 land grant.

The settlers arrived Dec. 4, 1619, and Captain John Woodleaf, who led the group of 38, called for an annual observation of a “day of thanksgiving.”

“Wee ordaine that the day of our ship’s arrival at the place assigned for plantation in the land of Virginia shall be yearly and perpetually kept holy as a day of thanksgiving to Almighty God.”

It was the first Thanksgiving – beating observers in the Plymouth Colony by more than a year – in the English New World, although it did not center around a large feast like the one held in what would become Massachusetts.

As we gear up for the 412th holiday season here in the Old Dominion, we wanted to share some history, some recipes and some good cheer for kith and kin.

Patrick Evans-Hylton is a classically trained chef, award-winning food writer and food historian. He has covered tasty trends since 1995 in broadcast, electronic and print media. Patrick is publisher of VirginiaEatsAndDrinks.com