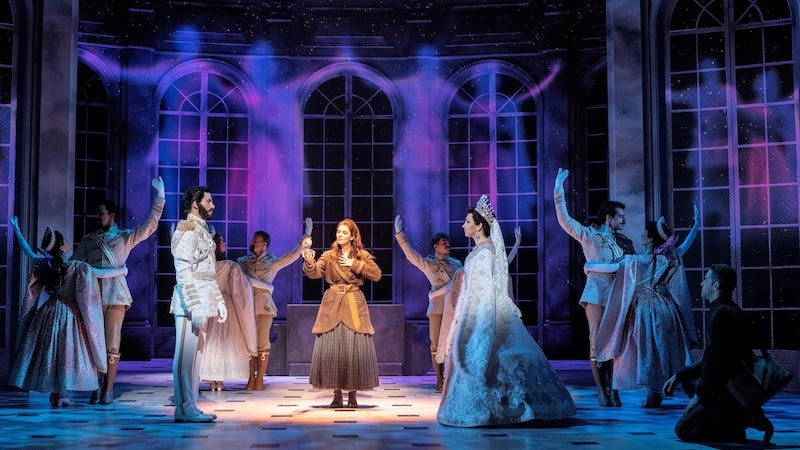 The tragic yet mysterious story of the Grand Duchess Anastasia Nikolaevna of Russia has lived on long past her reputed death in 1918. On Oct. 26-31, a wishful and musical telling of her story comes to the Altria Theater. ‘Anastasia’ comes to Richmond, Virginia, as part of the Broadway in Richmond season.

As the youngest daughter of Tsar Nicholas II, the last tsar of imperial Russia, the 17-year-old Anastasia was reportedly executed with her family by Bolsheviks during the Russian Civil War. However, when the family’s remains were excavated in 1991, Crown Prince Alexei and one daughter were unaccounted for, fueling the legend that Anastasia had survived.

This alternate history version of Anastasia’s story supposes that the escaped young woman had amnesia, forgetting her identity and her past. This show transports the audience from the twilight of the Russian Empire to the euphoria of Paris in the 1920s, as she sets out to discover the mysteries of her forgotten years. Pursued by a ruthless Soviet officer determined to silence her, Anya enlists the aid of a dashing conman and a lovable ex-aristocrat. Together, they embark on an epic adventure to help her find home, love, and family.

You can catch the mysterious Grand Duchess and her friends and foe from Oct. 26 to 31, 2021, at Altria Theater. Tickets for all eight performances are available at Altria Theater Box Office, by visiting BroadwayInRichmond.com or calling 800-514-3849 (ETIX). Subscriptions to the 2021 -2022 Broadway in Richmond season are still available.

Boomer pounces on a 2020 Broadway in Richmond production, ‘Cats’