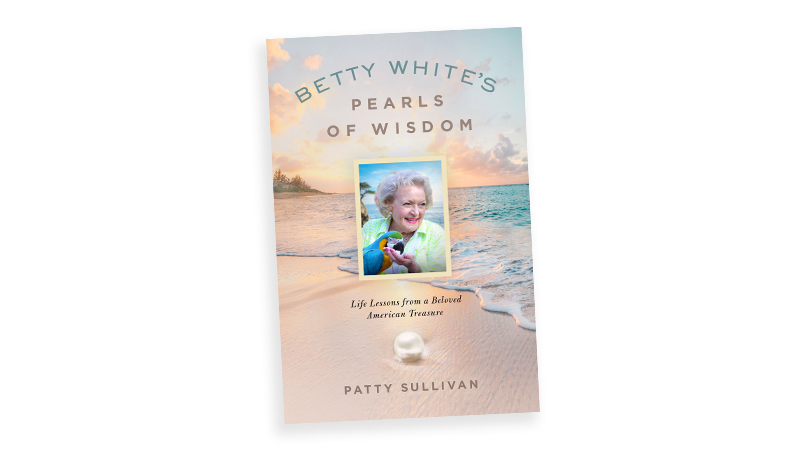 In an industry that’s full of scandal, a few treasured stars have led praiseworthy lives. Betty White is one. She was prolific over seven decades of performing, from radio, variety shows, and game shows, to sitcoms, to hosting “Saturday Night Live.”

Many baby boomers remember her best for shows such as “The Mary Tyler Moore Show” (Sue Ann Nivens), “The Golden Girls” (Rose Nylund), and “Hot in Cleveland.” While her characters had sharp bite in their wit and excelled at double entendre, White herself seemed filled with light and generosity.

The book was penned by a close family friend, giving it a warm, intimate, and loving feel. It provides insights into the star’s life that make her even more approachable and admirable. “My relationship with Betty touched my life in ways that I want to put into words to honor this unique and amazing woman whom I’ve cherished all my adult life,” writes author Patty Sullivan.

Sullivan’s husband, Tom Sullivan, met Betty White and her husband, Allen Ludden, in 1968, early in his career. Ludden became an important mentor to Tom, and the couples became friends. Although Tom Sullivan has had a relatively modest performing résumé, the couples’ relationship sprang from shared values and friendship. When the Sullivans had children, White became “Gran III,” a third grandmother (and one who had no intention of displacing the other two).

Sullivan frames her book as “pearls of wisdom” that she learned through her years of knowing White. While it provides some biographical information, such as the Carmel waterfront home that the Luddens designed and the grief she experienced at her beloved husband’s death, the greatest takeaways are a glimpse into White’s spirit and soul.

Each chapter illustrates a “pearl,” using stories of Betty White’s life – particularly as experienced firsthand by the author.

For example, one of my favorite chapters shared Betty White’s affection for wildlife and ensuring their health and survival.

One might expect to see the halls, walls, and tabletops of Betty’s office and home filled with her numerous awards and photographs with famous people – “ego walls” as she referred to them. Not so. Instead, your eyes would be captivated by the number of stunning watercolors and oils featuring what meant most to her – those of seascapes as well as some of her favorite four-legged friends.

This chapter, along with other parts of the book, illustrates both her affection for animals – domesticated, in captivity, and in the wild – and her significant contributions to the animal world. She was trustee and commissioner for the Los Angeles Zoo and Botanical Gardens, was named “The Los Angeles Ambassador for Animals,” and contributed and raised funds for supporting the work of educating the public about the animal kingdom.

She worked with the Morris Animal Foundation to support studies investigating animal suffering and how to treat it and established the Betty White Wildlife Rapid Response Fund.

Apparently, animals were drawn to White, too, with numerous heartwarming examples throughout the book.

“All you need to witness is the way someone puts their hands on an animal,” White said. “It tells you everything you need to know about that person’s authenticity.”

At times, “Betty White’s Pearls of Wisdom” seems a little ostentatious, offering details of big-dollar donor dinners and other expensive experiences and material possessions that are far beyond the reach of most readers. The prose also is smattered with apparent hero worship tinged with the author’s pride in being among “her Sullivans,” valued by this amazing woman.

But I can forgive the author these minor infractions. Few among us wouldn’t be guilty of hero worship in Betty White’s presence. We’d be proud, too, if this remarkable lady chose us as friends.

“Her long life was so much more about living with solid values and principles, respecting the environment, doing the right thing, and appreciating every minute,” Sullivan writes.

It’s nice to know, from someone who knew her, that this famous lady was indeed the class act that she seemed.

A book on another Betty: Betty Lynn, “Becoming Thelma Lou”