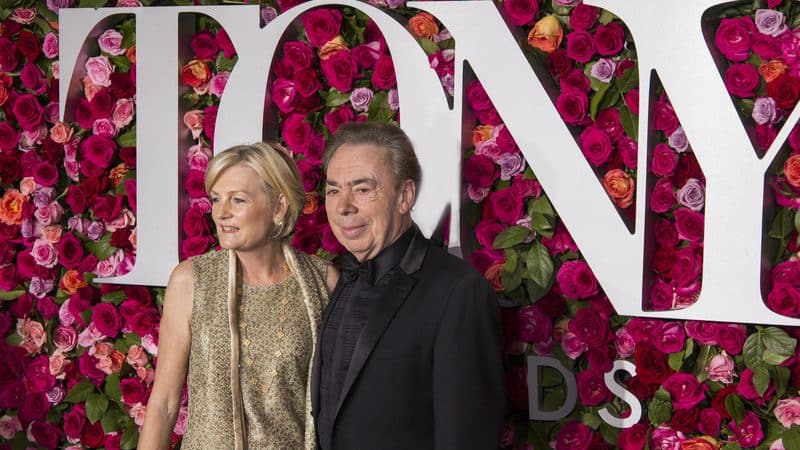 In this conversation with Andrew Lloyd Webber on the new Variety theater podcast, “Stagecraft,” the composer and producer discusses using a transgender performer in a role. He also addresses renovations at his West End theaters, revival of “Starlight Express,” and more.

Andrew Lloyd Webber would welcome a transgender performer in the cast of one of his shows, the composer and producer said in an interview recorded live at the Variety Legit: Return to Broadway event presented by City National Bank.

“I’ve got nothing against a trans performer,” Lloyd Webber said in the talk, now available as part of the new episode of Variety’s theater podcast, “Stagecraft.” “The question is, are they the best person for the role? It really doesn’t matter what they are, what color they are, it really, really doesn’t matter. That’s always been my mantra.”

The subject of trans performers in well-known musical theater roles has made waves on social media and in the theater industry recently, when comments by megaproducer Cameron Mackintosh stirred controversy and prompted advocates to respond by organizing the Trans March on Broadway last month.

Referring to the female lead of Lloyd Webber’s long-running musical “The Phantom of the Opera” (produced by Mackintosh), Lloyd Webber’s interviewer asked, “A trans woman could play Christine, for instance?”

Also in the interview, Lloyd Webber detailed the physical improvements he’s made to the West End theaters he owns (and the reasoning behind the renovations); discussed “Cats” and Taylor Swift; expressed his disinterest at reviving his show “Starlight Express”; and chronicled his fight to get his latest musical, “Cinderella,” to its opening night, revealing that he’s hoping to get “Cinderella” to Broadway sometime next season.

Along the way he discussed his semi-accidental rise as a vocal industry activist during the theater’s pandemic-induced shutdown — and detailed some of the comedy that came from dealing with clueless officials. “You’d laugh at the sort of things we had to contend with,” he recalled. “One of the officials who was in charge of the whole area from Public Heath England said to me, ‘Well, we’ve done a test and we know through a survey we’ve conducted that theatergoers won’t wear masks.’ I said ‘Really? … Where did you do this extraordinary, exhaustive survey?’ She said, ‘In our office.’”

He went on, “I asked, ‘How many times have you been to a theater lately?’ She said, ‘I go to amateur dramatic productions sometimes at my local town, and I did see a pantomime once at the Salisbury Playhouse.’”

In addition to the Lloyd Webber interview, the new episode of “Stagecraft” also includes a live recording of a panel discussion with three members of the new generation of Broadway producers: Brian Moreland, Lia Vollack and Matt Ross, moderated by Erik Piecuch of City National Bank. All three producers talked about the changes underway in the industry in the wake of the reckoning over equity and racial justice.

Vollack, the producer of “MJ: The Musical,” agreed. “The one benefit of the pandemic has been that there’s this space for people to listen and for people to focus on issues that they maybe didn’t bother to focus on before,” she said.

All three panelists discussed their very different paths to becoming a Broadway producer, with Ross (“Pass Over,” “Is This a Room,” “Dana H.”) detailing some of the efforts he’s made to widen the pool of producers on his own shows. “Right now there are only a couple of ways [to become a producer],” he said. “Either another career path within the theater or raising money and bringing wealth to the table. There’ve got to be more ways to get in that room and get more experience.”

To hear the full conversations, listen at the link above or download and subscribe to “Stagecraft” on podcast platforms including Apple Podcasts, Spotify, and the Broadway Podcast Network. New episodes of “Stagecraft” are released every other week.

Photo caption, above: English composer and producer Andrew Lloyd Webber arrives on the red carpet for the 72nd Annual Tony Awards held at Radio City Music Hall in New York City on June 10, 2018. The event celebrates excellence in Broadway theatrical productions. Sir Andrew received a Special Tony Award for Lifetime Achievement in the Theatre. He is joined by his wife Madeleine Gurdon, an English Baroness and former equestrian.