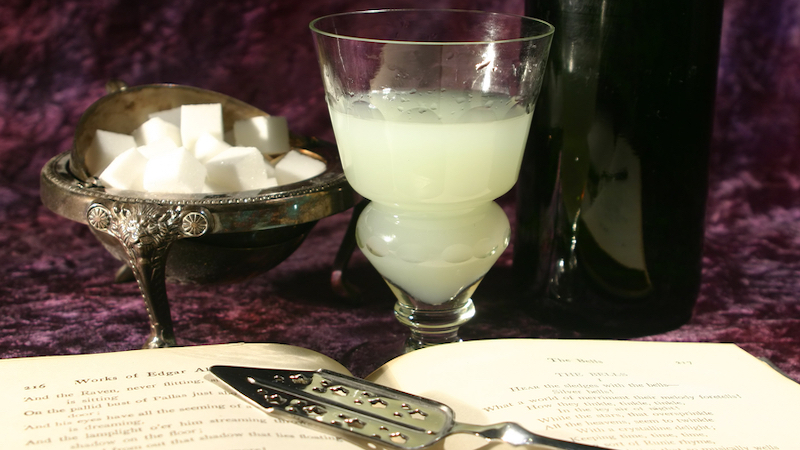 The talented and twisted writer suggested plenty of ways for his devoted 21st-century followers to toast him. In honor of his birthday and the anniversary of The Poe Museum in Richmond, Virginia, we’d like to suggest a few Edgar Allan Poe-inspired tipples.

It seems possible that accusations of Poe as an alcoholic have been exaggerated. “I am temperate even to rigor … At no period of my life was I ever what men call intemperate,” he wrote in 1841, defending himself against accusations of overuse of alcohol. “My sensitive temperament could not stand an excitement which was an everyday matter to my companions. In short, it sometimes happened that I was completely intoxicated. For some days after each excess I was invariably confined to bed. But it is now quite four years since I have abandoned every kind of alcoholic drink – four years, with the exception of a single deviation … when I was induced to resort to the occasional use of cider, with the hope of relieving a nervous attack.”

There was evidence that he was an occasional binge drinker rather than a frequent drinker, perhaps battling alcoholism, and alcohol did find its way into his stories and past his lips.

During his short stint as a student at the University of Virginia, he was said to have engaged in tipples a bit – though others say he was “sober, quiet and orderly.” In Baltimore, he was said to have had a decanter of Jamaican spirits – rum, probably. Anecdotes include him drinking port, whiskey, Champagne, brandy, and absinthe.

A mysterious masked man would stop by Poe’s grave on the writer’s birthday, Jan. 19, leaving three roses and a partial bottle of cognac beside his tombstone.

“The wine sparkled in his eyes”

Sip some amontillado sherry to toast “The Cask of Amontillado.”

In “A Second Helping of Murder: More Diabolically Delicious Recipes form Contemporary Mystery Writers,” Anne Poe Lehr shared what is allegedly the Poe family eggnog recipe, passed down from 1790 until today. It calls for a mix of brandy and Jamaican rum. Recipe from Paper and Salt.

Then this ebony bird beguiling my sad fancy into smiling,

By the grave and stern decorum of the countenance it wore,

“Though thy crest be shorn and shaven, thou,” I said, “art sure no craven,

Ghastly grim and ancient Raven wandering from the Nightly shore—

Tell me what thy lordly name is on the Night’s Plutonian shore!” 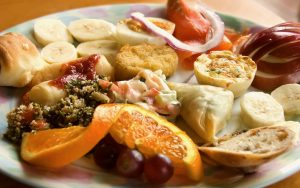