Illusionist Craig Karges is coming to shake up your reality, no smoke or mirrors included 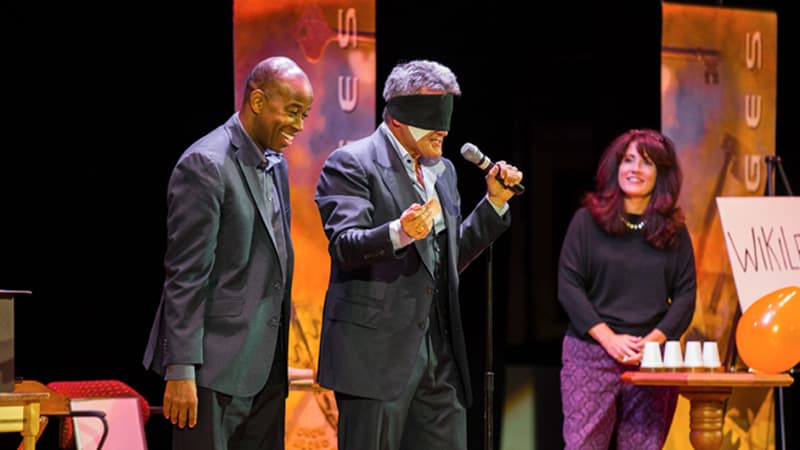 Illusionist Craig Karges reaches into his pocket, pulls out a sealed envelope from a zippered compartment in his wallet, opens it and hands the inside letter to one of the audience members on stage. “They will select a Ferrari,” she reads, “the color being white, with the license plate number JK-1993, and costing a total of $1,502,728.50.”

The audience erupts into stunned applause. How did he …?

Karges describes himself as an “extraordinist.” His performances blend illusion, psychology and intuition to give the inconceivable appearance of mind reading. He claims not to have psychic abilities, but it’s hard to think of any other explanation when he, for example, tells two complete strangers their birthdays without batting an eye.

All of his shows are heavily reliant on audience participation. “It’s a fun, interactive show,” Karges explains. “There’s plenty of opportunity to come on stage and be a volunteer.”

He works with the audience both from the stage and by inviting volunteers up for individual tricks. He’s able to tell strangers their names, predict the last four digits of a phone number or guess someone’s favorite athlete. He can even read the serial numbers off of a volunteer’s piece of paper currency … while blindfolded.

Karges also incorporates a physical aspect into the show, with just your everyday table levitating, ring linking and metal bending. And to prove the inexistence of magnets, adhesives or strings, he always invites an audience member to corroborate his claim.

“I like to send a chill down people’s spines,” Karges says, “but at the same time [keep them] laughing.” This award-winning entertainer has made over 40 appearances on national television, including The Tonight Show, CNN and CNBC. His performance landed on the top five list of American Entertainment Magazine, and he was named top performer by the international Psychic Entertainers Association.

From Craig Karges’ “Experience the Extraordinary” show, you can expect chills, amazement and challenges to the reality that you once knew, leaving you wondering, “How did he do that…?”