‘The Tale of the Tee: Be Kind and Just Believe’ 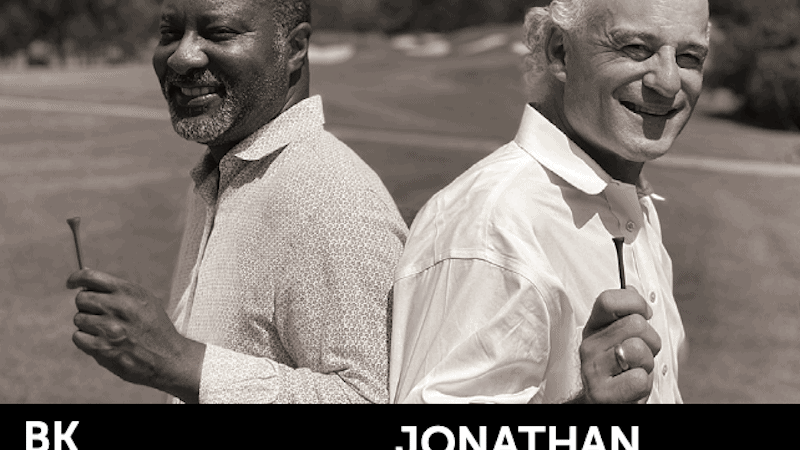 On June 14, 2020, two men from Richmond, Virginia, connected: one an African American, and the other a white Jewish American. The summer of 2020 was roiling with racial protests, nationally and in Richmond. Over the course of a week, BK Fulton and Jonathan Blank shared their stories honestly and openly. This interracial dialogue on racial matters solidified a commitment to cooperation. It also resulted in a book, The Tale of the Tee: Be Kind and Just Believe, and a golf tee memento.

The conversation began after Jacquelyn Stone, a lawyer at McGuireWoods LLP, had been photographed by a local newspaper while cleaning a graffitied historical marker. The marker honored Oliver Hill St., a civil rights attorney who was instrumental in overturning segregated schools through the Brown v. Board of Education case. Hill had been a friend and mentor to Stone’s father, the Honorable William T. Stone, Virginia’s first Black judge.

After seeing the article, Jonathan Blank, a colleague at McGuireWoods, sent Stone an email of appreciation. “The article made me proud to be your friend and partner,” Blank wrote. “I have always felt that small acts have ripple effects.”

In her email response, Stone shared a link to the virtual commencement address that her husband, BK Fulton, had presented at Virginia Commonwealth University da Vinci Center for Innovation. She also shared a link to Fulton’s recent film, 1 Angry Black Man.

The interracial dialogue on racial matters

The commencement address and the film opened the conversation between Fulton and Blank.

Coincidentally, during the week they began corresponding, both men had published essays about racial matters. Fulton’s appeared on the Bacon’s Rebellion website. Blank’s was published as a Richmond Times-Dispatch letter to the editor.

A golfer, Blank made note of a comment by Fulton that that the tee had been patented by a Black man, George Franklin Grant. Blank determined to begin “carrying around a golf tee to serve as a conscious reminder of my own ignorance and learning curve.”

Black Is Beautiful, an alternative message for racial equity

Epiphanies from a White Woman in the Capital of the Confederacy

The men are making a custom golf tee to symbolize their shared commitment to the work for racial justice. The tee is engraved with their initials, extended with extra meaning: “BK” for “be kind” and “JB” for “just believe.”

Publishing the dialogue for all to see 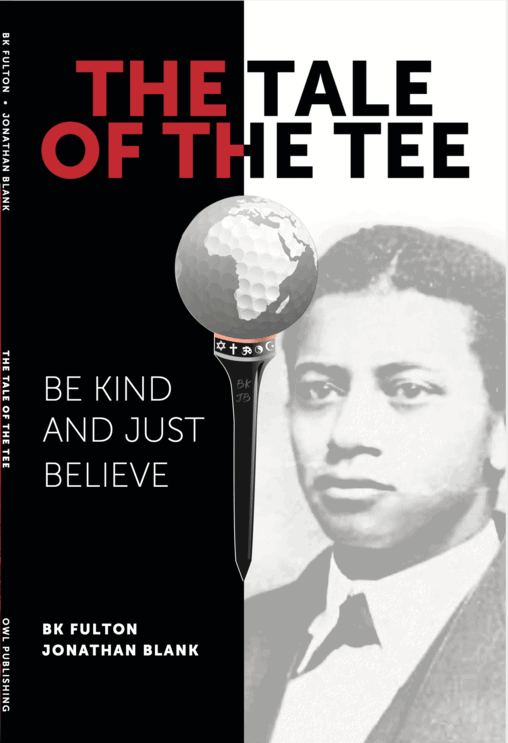 In large part thanks to the pandemic, their interracial dialogue on racial matters was entirely recorded through the email exchange. Fulton combined the emails, a transcript of his commencement address, his film, his essay, and Blank’s letter to the editor in a book, The Tale of the Tee. Fulton augments the words with numerous visuals – from historic to contemporary – infusing the text with extra meaning. Images include photos from the recent Richmond racial protests as well as historical pictures of people of African descent, whose inventions, art, theories and other contributions have been left out of history books. He uses pull-outs and font emphasis to highlight essential messages.

The Tale of the Tee reminds us of the value of dialogue; but its biggest strength is in the reprints of the published works. Each one provides an encapsulated overview of salient points in the case for racial equity. It provides a springboard for expanding one’s beliefs, for learning and growth.

The commencement address, “Remembering Those on the Margins,” makes the case for “the poor, people with disabilities, women, minorities, the undereducated, and people outside the economic mainstream” by showcasing more than a dozen such people who were responsible for important breakthroughs and inventions.

The film 1 Angry Black Man highlights a young Black man, Mike, and his college classmates during the course of a Black literature class. The film opens after Mike was arrested for rape, accused by a white female friend. The young woman quickly recanted her story and apologized, but not before the viewer saw how the police treated this clean-cut, articulate Black man. Much of the film features the class discussion, a range of viewpoints from a diversity of students.

Blank’s letter to the editor, “Confederate Symbols Must Go at Freeman High School,” referenced a current controversy at the Henrico County high school he had attended. “During high school,” he wrote, “I heard no one question those symbols. I heard no one question when our African-American classmate was handed a Confederate flag and asked to wave it while ‘Dixie’ played … We were wrong. Saying those words does not change our past. But I hope it starts a healing process.”

On Friday, Sept. 18, at 5:30 p.m., BK Fulton and Jonathan Blank present a Meet the Authors conversation on their book, The Tale of the Tee. The virtual event will be moderated by Boomer editor, Annie Tobey. Donations will go toward benefiting social justice and COVID-19 charities.