Home » From Our Readers » Remembering a First Childhood Job

Reflections on a First Job

Lessons that lived on

Boomer reader and contributor Phil Perkins reaches back to his adolescence and sees threads that began weaving the tapestry of his life. In remembering his first childhood job, he considers how his experience stuck with him as an adult. Perhaps you can relate. What was your first job?

Have you ever considered the impact your first real job ended up having on your life and career? Recently I thought back to that period for me and was really surprised to realize how the lessons I learned then stuck with me as I founded my current company and beyond.

Here’s the story. When I was about 15 or 16, most of the kids had some means of earning their own “fun money” if not funds for college. Directly down the street from my home in Ohio was a little local grocery store called Arbogast’s. It was owned and run by a kindly man who was also the father of one of my classmates. All the kids tended to hang out there and have a “pop” after school. (If you don’t know what that is, you’ve never been to the Midwest.)

In fairness, it was my mom who approached Mr. Arbogast about whether he needed any help. To this day I don’t have any idea why she did that. It’s not as if I was a shy kid. Perhaps I wasn’t as enthused about beginning my working life as I should have been, and she was giving me a little nudge.

In any case, Mr. Arbogast encouraged my mom to have me come by for an interview. Frankly, I was nervous when I arrived at the store, but I found out I needn’t have been. Basically Mr. Arbogast and I just had a friendly chat and on that very day he offered me a part time job. I should say that at that time I was a very clean-cut kid. College prep all the way. Nice khakis and a madras shirt as I recall. So at least my appearance worked in my favor.

We agreed I would work weekdays after classes and on Saturday. The first thing my new boss taught me was how to run the register. Of course, it was all basically manual in those days, and you had to actually figure out how much change to give a customer. What a concept! I was actually pretty good at running the front of the store and appreciated the trust Mr. Arbogast put in me in allowing me to handle the money. It wasn’t misplaced trust.

So, the first lesson I learned was that it pays to trust your employees (and friends) unless and until you have some reason not to do so.

Moving up in ‘the job’

After working at the counter for a few weeks Mr. Arbogast decided it was time to teach me how to work the deli counter. He patiently taught me to use the meat slicer safely and with precision so that I could fulfill the wishes of the customer. I was rather proud of learning how to work in that part of the store. Mr. Arbogast’s daughter and my classmate, Linda, recently told me it was really “moving up in the business” to get to work back there. That’s how I felt at the time.

So, my second lesson was that folks like new challenges. Given the opportunity to learn new aspects of your business, people will do their best to rise to the occasion.

There were many more lessons I learned in that first job. The main thing that stuck with me was the way Mr. Arbogast comported himself and the respect and kindness he used in dealing with our customers, suppliers and, well, me.

The bad news is that a “big box” store ultimately forced that kind man and his little store out of business. He went on to new things, but it was a loss to our community to be certain.

I have often said that the highest compliment I can offer another male friend or colleague is “he’s a good man.” Mr. Arbogast was certainly that and set a bar as a business owner and manager that I hope I have lived up to. I have certainly tried.

Phil Perkins is a writer, business owner and musician who lives in Richmond and Hilton Head Island, South Carolina, with his wife, Sandi, and two pups named Skippy and Jeter. He is the author of several business books and two novellas about a legendary surfer in the 1960s. Phil has contributed several tales to Boomer, including his ‘Tails of Two Heroes.’

Read more childhood memories from Phil Perkins and other contributions from Boomer readers in our From the Reader department. 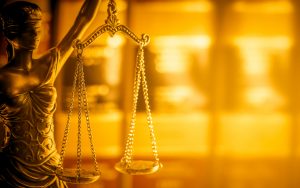 Practicing Law in His 80s 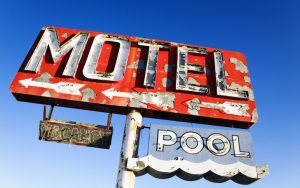