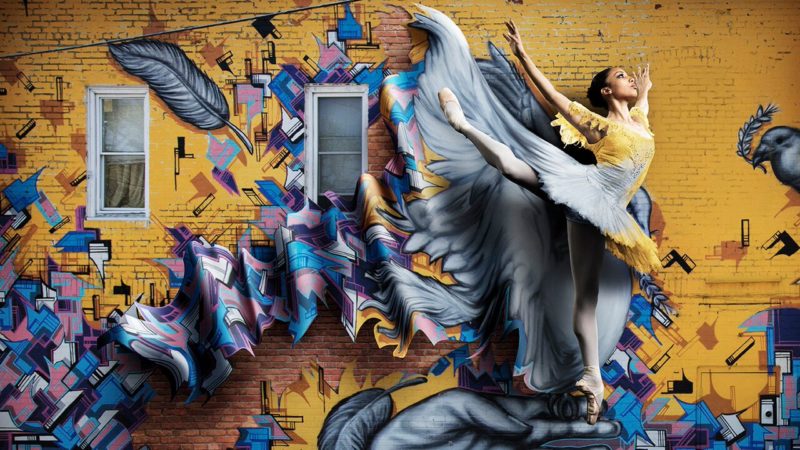 Features works presented for the first time in Richmond

Richmond Ballet’s 2016-17 professional season will begin in September, and will feature landmark works from the ballet world never-before presented in Richmond, along with three world premieres, the highly-anticipated return of A Midsummer Night’s Dream and much-loved favorites. The season also will conclude in May 2017 with a tour to the acclaimed Joyce Theater in New York City for the first time since 2010.

Season highlights include Marius Petipa’s crystalline and pure ‘Kingdom of the Shades’ from the lavish, full-length classical ballet La Bayadère, George Balanchine’s sultry, one-act ballet Slaughter on Tenth Avenue, and his wonderfully virtuosic Tarantella – all of which will take the stage in Richmond for the first time in the Company’s history. Salvatore Aiello’s Notturno will also be a first for the Company and for audiences here in Richmond. A Midsummer Night’s Dream, bright and delightfully witty, warms up the Carpenter Theatre at Dominion Arts Center in February and the beloved holiday classic The Nutcracker will also return to the Carpenter Theatre this December for 13 performances.

Visiting choreographers are currently set to include the critically-acclaimed Melissa Barak and the international stand-out Katarzyna Skarpetowska; both women have worked with the Richmond Ballet dancers during the Company’s 2014 and 2015 New Works Festivals respectively. Company dancer Matthew Frain has also been invited to create a fully-produced piece for his fellow Company members next April following the success of his work, Inventory, which premiered during the 2015 New Works Festival.

“We’re always thrilled to bring new ballets to the Richmond stage,” said Richmond Ballet Artistic Director Stoner Winslett. “Slaughter on Tenth Avenue is so much fun – it’s a great mix of dance styles – with a story that is borrowed from the character-driven world of Broadway. It’s surely not to be missed! ‘Kingdom of the Shades’ is a stunning piece from the classical ballet canon, and its music by Ludwig Minkus, which will be played live by the Richmond Symphony, is beautiful and ethereal.”

“The chance to present our work in dance capital of the world, New York City, is a real honor,” Winslett added. “Since our last visit to the Joyce Theater in 2010, Richmond Ballet has grown in ways that have allowed us to remain steadfast in our commitment to our mission while pushing the boundaries of what it means to be The State Ballet of Virginia. We have a growing body of new works that have now travelled around the world with us and we look forward to presenting our very special dancers, many of whom were trained right here, dancing works that were created on them, and have never been seen in New York City before.”

Richmond Ballet is also collaborating with five of Richmond’s most well-known street artists as artwork for the year will show the Company dancers becoming a part of some of the city’s most iconic murals. The partnership features local muralists Ham and Dennis McNett as well as the talents of Meggs, Jacopo and Lelo. Each mural represents one of the productions found within the season. Truly befitting the special relationship that the Richmond community holds with the Company’s beloved production of The Nutcracker, artwork for the holiday classic will feature characters from the show as well as drawings inspired by the original set renderings by Charles Caldwell.

Additional information about preview performances for the New York tour, as well as dates for the Company’s visit to The Joyce Theater, will be released at a later date. Find the new season’s schedule here.