Richmond’s Finest: The Taters and the Richmond Symphony 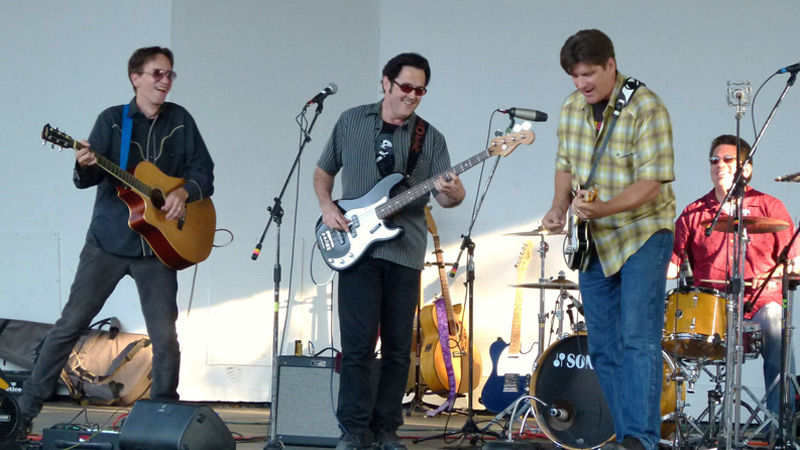 Times are changing, folks, and the Richmond Symphony Orchestra is changing, too.

Though they continue to stick tight to their orchestral origins, they’re delving yet again into the Richmond’s Finest series, pairing their orchestral grandeur with a local musical group outside of the classical genre. This time, they’re dipping their toes into bluegrass.

Enter The Taters. Formerly The Burnt Taters, this musical group started with vocalist Craig Evans and Brad Tucker back in 1997. As with any band ebb-and-flow, they added a member, added another, lost a member, added two more, lost one, broke some hearts, broke some guitar strings, morphed their image, experimented with different instruments and landed where they are today.

OK, it may have been less “Rom-Com” than that, but eventually the four current members settled themselves into the sound, rhythm and local legend that is The Taters.

Their sound tends to be … well, a little bit of a lot. They all have a “short attention span,” says lead singer-bassist Craig Evans, “so the styles go in a lot of different directions.” Think of a blend of Americana, roots and British rock, laced with inspiration from The Everly Brothers, The Beatles, The Mavericks and the Eagles, and smothered in the influence of 60s and 70s AM radio that two of the members grew up on. The result is this upbeat, poppy twang that they call “roots-pop.”

The band has accumulated plenty of community success, with gigs around town several times a week and eight CDs to date. In fact, they’ve just hit their 20-year mark!
So when the Richmond Symphony approached The Taters and asked them to blend strum with string, the band jumped on the opportunity. Though they were surprised by the offer, Evans says, “We’ve made a habit of doing new things whenever we’ve had the chance … ‘No two shows the same’ is pretty much business as usual for us!”

When you don’t see The Taters performing alongside a distinguished orchestra, you can find them at places like O’Toole’s Irish Pub, the Tin Pan and Ashland Coffee & Tea. Oh, and (pause for shameless plugging) on Spotify, iTunes, Amazon, Facebook and Twitter and, of course, at their website, TheTaters.com.