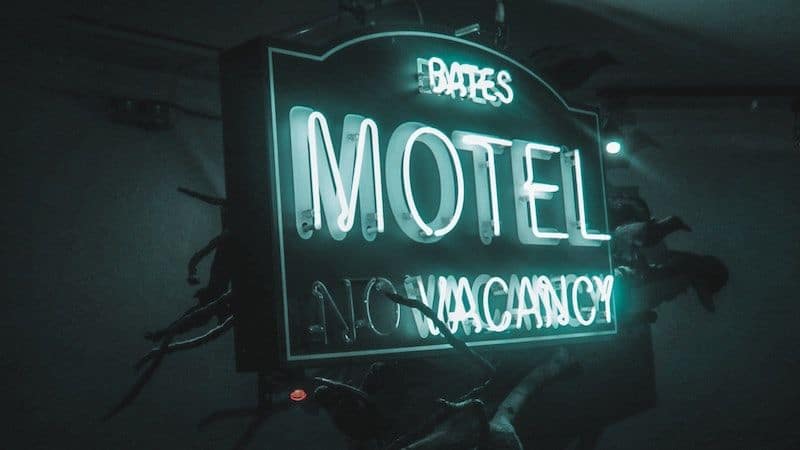 The shower scene from Alfred Hitchcock’s Psycho (1960) haunts me to this very day. Decades later, I may feel a shiver run up my spine as I imagine what may be beyond that closed shower curtain. I can practically hear the suspenseful music pulsing through my nerves. Psycho, one of the earliest slasher films and among the most popular suspense films of all time, would certainly be among the most masterful. But is it one of the scariest horror films?

Online calculator and mathematical modelling site GIGACalculator.com has quantified the most frightening horror flicks. Consider your favorites, and see how they stack up.

I recall watching The Evil Dead, the 1981 original. I couldn’t make it through in one sitting – I was alone, and the fear factor was too much. Also, I recall the scene where Ash’s hand gains a power of its own: a wacky combination of gore, horror, and humor. Actor Bruce Campbell plays that scene nearly as well as Steve Martin invaded by Lily Tomlin in All of Me (1984, definitely not a horror film).

Though I’m not a diehard horror film aficionado, I’ve enjoyed watching a few over the years (if “enjoy” is the appropriate verb to use). The suspense gets my heart rate up and my adrenaline flowing. The gore – well, I could do without it, and I’ll often avert my eyes, perhaps peeking only to look away again. I find the imaginary other-worldly abilities to be frightful and fascinating. I find it intriguing to see what powers and physical forms the creators invent. For me, the psychotic human characters may represent the best of the worst, because such mentally unstable people really do exist.

In college, my studies covered one of the earliest suspense-horror films, Nosferatu (1922). To 21st-century moviegoers, the vampire film seems amusing, but it can still rouse chills and fear.

I became of fan of the master, Hitchcock, in my early 20s; I caught every film I could in those pre-Blockbuster and pre-streaming days. Hitchcock’s thrillers combine engaging storylines and characters with scenes of riveting suspense; its music plays on emotions like Yo-Yo Ma on his cello.

I’ve been glued to my seat through movies by M. Knight Shyamalan, including the surprising Sixth Sense (1999). I shivered as I was transported to the woods with The Blair Witch Project (1999). I felt myself sharing James Caan’s hell in Misery (1999), from the novel by Stephen King, another master of suspense. And yes, I giggled and guffawed at Scary Movie (1996).

Typically, though, I can do without those horror flicks where a cute young thing says, “What’s that noise? Could it be the killer on the loose? I must go investigate!” 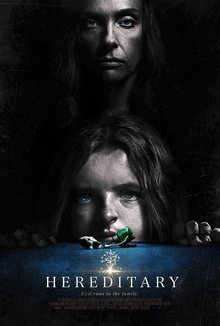 To calculate the scariest horror films, GIGACalculator.com asked 150 people to watch each of the selected films while wearing a heart-rate tracker to monitor pulse. Their pulses were compared to the average resting heart rate of 60 – 100 BPM. The films were selected via a survey of 2,542 fans of horror and gore, asking them to name the top 10 scariest horror films of all time.

“The volunteers reported that although there aren’t too many explicitly terrifying moments in the movie, the pervasively sinister and dark atmosphere of the film proved enough to make hairs stand up throughout!” said the report.

The second scariest film, Saw (2004), is about two men who have been captured by a serial killer and must escape. Participants described Saw as “harrowing” and “disturbing.”

The Midnight Club breaks the record for jump scares

The Exorcist (1973). The classic freaky film in which a 12-year-old girl (played by a young Linda Blair) is possessed by demons. Scenes of the girl’s head doing 360-degree turns and of her floating to the ceiling undoubtedly stick with many baby boomers even today.

The Conjuring 2 (2016). Paranormal investigators try to help a single mother and her four children conquer the demonic spirits that haunt the family’s home.

The Babadook (2014). A single mother and her only son find a book in their house that conjures the Babadook monster, which begins to possess mother and son.

Insidious (2010). A young boy’s body is comatose while his spirit is stuck in a hell-like land called The Further. His parents fight to bring him back, and the father learns to project himself and rescue his son. The ending will leave you cold.

A Quiet Place (2018). The apocalypse has come, leaving one family alive in a land filled with creatures that hunt every sound that they hear. Two parents must keep their children quiet to keep them safe. Sounds like a nightmare to me!

The Descent (2005). It’s unclear who are the bigger villains in this story – the female friends who are on a spelunking trip or the murderous monsters that pursue them underground.

Us (2019). A family’s peaceful beach vacation turns creepy when their doppelgängers appear at their door. Apparently, these doubles are doubly evil.

It (2017). If you like kids as protagonists, you might like It. But this is no ET or Southpark. If you hate clowns, you won’t like It. In this Stephen King story, children are disappearing, so a group of seven kids have all been terrorized by an evil clown and are determined to kill It.

Why Do We Enjoy Being Frightened? 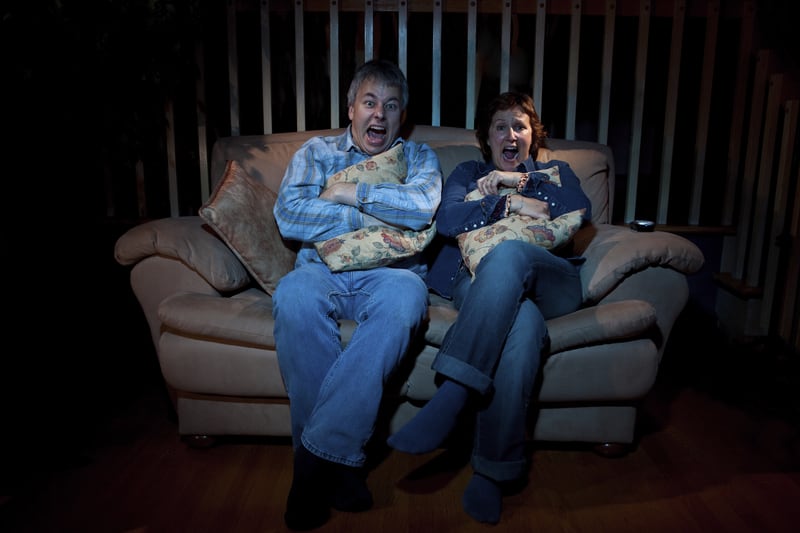 “First, it’s a form of entertainment,” Chambers said. “Our desire to seek sensations and avoid boredom draw us to a type of movie where something gruesome could happen any minute.”

Chambers also pointed out the appeal of being in control of what happens while still fearful. “You can be terrified but still be safe,” Chambers said. “This emotional regulation activation is powerful, and it allows us to test our fear and anxiety in a controlled environment.”

Sign up for the boomer-tailored e-newsletter that gets your heart racing: books, nostalgia, travel, and more!

In addition, scary movies provide their own sort of Zen: “You’re unlikely to be worrying about anything else while watching one, and they are a distraction from the monotony of everyday life, creating a novel experience. They are also a tense experience, and we are able to psychologically distance ourselves as we know it is not reality, which gives us the shock sensation without the disgust.”

The report didn’t include a list of which films participants watched, so many other favorite suspense films may not have been included. So, considering that GIGACalculator surveyed “gorehounds,” the list probably favored violent slasher movies with villains wielding knives and axes.

For your own science-meets-horror-flick experience, hook yourself up to a heart-rate monitor such as a Garmin, Apple Watch, or fitness tracker. Queue up a scary movie, and see where your heart takes you! 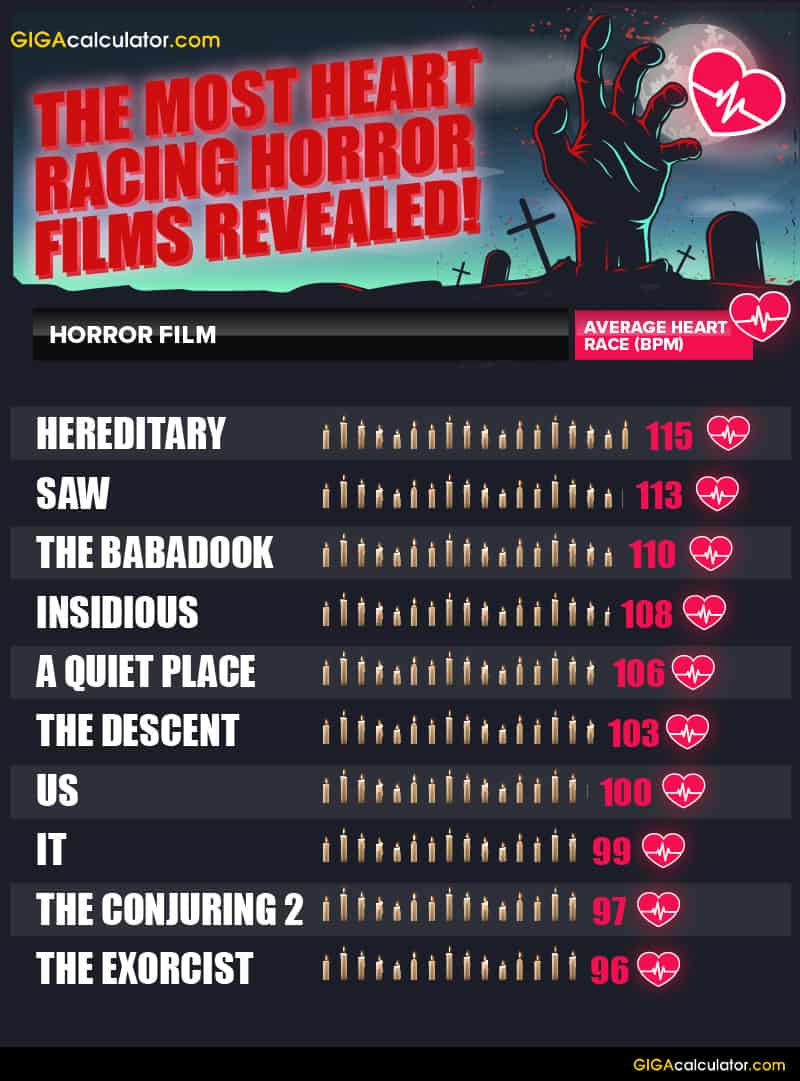