See for yourself if the rumors are true 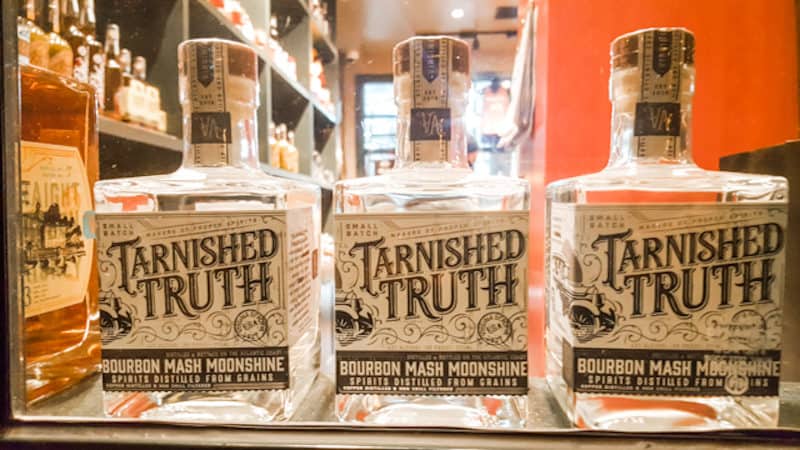 Rumors and scandals have swirled around the grand, historic Cavalier Hotel in Virginia Beach throughout its history. Did Richard Nixon really dispose of evidence in the Hunt Room’s fireplace? Probably not. Was there a secret tunnel that ran down to the beach to smuggle alcohol during Prohibition? Very possibly. Tarnished Truth in the historic Cavalier Hotel pays homage to these rumors.

Tarnished Truth Distilling Co. shares the basement of the Cavalier with the Hunt Room, a casual bar and restaurant filled with dark paneling and leather furnishings. A large window in the Hunt Room looks into the on-site distillery.

Run by a small staff, the craft distillery was founded in 2017, just as the hotel was undergoing a major $80 million dollar renovation. It was built in what had been the hotel’s laundry room. Small batches of moonshine, bourbon, vodka, and gin are distilled here with locally sourced grains from a farm in Charles City.

Rated as one of the Top 10 Things to Do in Virginia Beach by Trip Advisor, the tour and tasting begins in the retail shop and proceeds to the distilling room. Tour guide Rachael explains bourbon qualities and the distillery process as well as the award-winning Tarnished Truth offerings.

The spirits of Tarnished Truth

Contrary to common belief, bourbon is not exclusive to Kentucky; but it is exclusive to the United States. Five requirements for bourbon are: it must be made in the U.S.; it must be aged in a new, charred oak container; the mash must be at least 51% corn; the whiskey cannot enter the barrel at higher than 125 proof; and nothing can be added but water, and that only to lessen the proof, if needed. 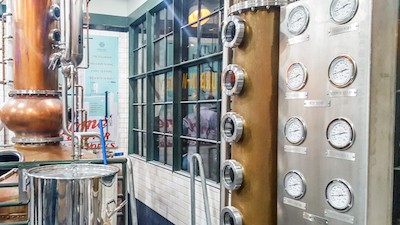 The mash for Tarnished Truth bourbon is a mix of corn, rye, and barley. Old Cavalier is a single-barrel straight bourbon and is aged 11 years, creating an even smoother taste. The signature High Rye Straight Bourbon Whiskey has significantly more rye, is aged three years, and is a blend of up to eight barrels, yielding a distinctive smooth flavor.

The distilling is confined to a single, very large room and brings it all full circle – as stated on the distillery wall – “from grain to glass.” The production cycle is a six-step process: the preparation of the grain, the mashing, the fermentation, the distilling, the aging, and the bottling. 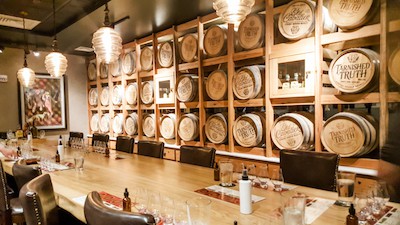 After the distillation process, bourbon is put into barrels for aging and stored off-site. Vodka, using a 100 percent corn mash, requires an additional distillation step that raises vapors through a vodka column, where it redistills itself. The gin uses the same column; however, the vapors run through a gin basket, filled with botanicals – particularly juniper – picking up the additional flavors.

Ending the tour in the tasting room, with its barrel wall and long table, small samples highlight the comparison of the flavor profiles of the Moonshine, High Rye, Old Cavalier, and best-selling Bourbon Cream.

Give ’em something else to talk about

After the tour, continue the experience in the Hunt Room or upstairs in the Cavalier Hotel, with its 1920s feel of elegance and opulence. Enjoy a cocktail made with Tarnished Truth in the Raleigh Room or outside by the gardens – and, adding to the spirit of things, start your own tarnished truths.