Triathletes training and competing with no age limits 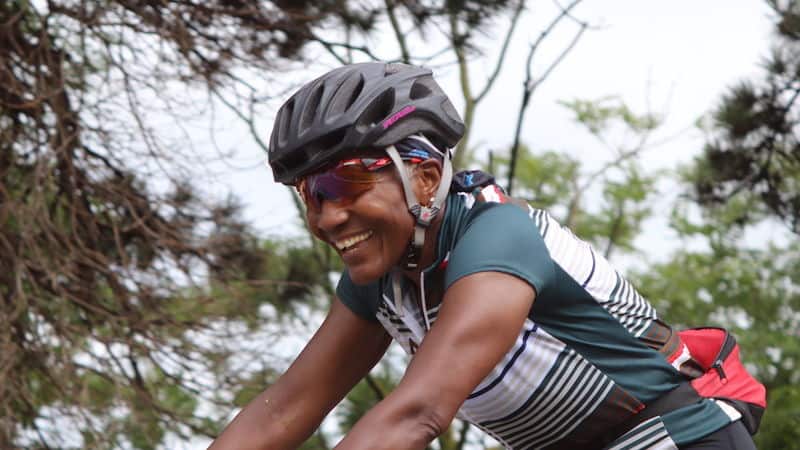 These Richmond, Virginia, athletes have one thing in common. Or maybe three things. They all continue to enjoy competing in triathlons after age 50.

Got an itch to stretch your physical limits?

As triathletes say, you’re never too old to “tri.”

Just ask Lenora Mariner, who at 65 has been competing in triathlons for 15 years. Or Tom Waldrop, 74, a 14-time finisher at the Ironman World Championship in Kailua-Kona, Hawaii. Or Angel Moyer, 60, a financial controller who offsets days at the desk with free time running, swimming and biking.

For Mariner, it was a matter of achievement as she reached mid-life.

“I say I like to have goals,” said Mariner, director of employee development and training at Estes Express Lines. She sets the big ones in five-year increments. “So, I said, ‘When I turn 50 I’m gonna do a triathlon.’”

Fair enough. First, she had to learn to swim.

As an African-American growing up in inner city Dayton, Ohio, Mariner didn’t have the luxury of a neighborhood pool. After settling in Richmond in 1980 as a chemical engineer, she began working out and ultimately became a part-time fitness instructor.

She was comfortable on land but not so much in the water.

“And I’ll tell you, as an adult it was very hard, not being around water and having that fear,” she said. “It was a challenge. And I’m still working on it.”

“It was exciting,” she said. “I was the last person in the pool. I basically swam, ran, floated. And the race director said, ‘Do you want a kickboard?’ I said ‘No, can I have some fins?’ And she said, ‘No, keep going.’”

She did, and the bike portion turned out to be her strength, Mariner said. “It was quite a challenge. I liked it so much I stuck with it.”

These days, she serves as membership coordinator for the Richmond Tri Club, an all-volunteer group that supports RVA’s multisport community. The organization holds socials, monthly meetings and, from April through October, open-water swims twice a week in the James River.

Lilo Navales, the club’s president, says the area’s multi-sport community includes a vast range of athletes, from “newbies” to extreme performers such as record-setting Will Turner and Waldrop, a periodontist and professor at VCU who was a competitive marathoner before turning to triathlons.

Besides triathlons after age 50, check out:

Biking Opportunities for all in RVA

One popular entry point for triathlon newcomers is to join a team and do just one of the legs – swim, bike or run.

“It’s a great way of an introduction,” Navales said.

“Some relay teams are really loaded,” she said, with “a really fast runner, a person who was born in the water so is a fantastic swimmer, and then you have somebody that just loves to ride their bike fast.”

The Richmond Tri Club does not have its own training teams but rather serves as a “feeder” to its sponsoring organizations that specialize in training – Endorphin Fitness, Zachin-Boaz Triathlon Training and Tri RVA (formerly TriGirl), Navales said.

“We are a facilitator of club members to go to those organizations, that also put on special clinics for us as well,” she said.

Mariner has trained at Endorphin Fitness for the past 14 or 15 years, she said. But Moyer, the controller at Virginia Premier, prefers to train on her own. She swims at the YMCA, but hooks up with friends for runs and bike training rides.

“Some people have online coaches, and then there are different coaching groups here in Richmond with triathlon training,” Moyer said. “They’ll coach people on how to do the first one, or how to do an Ironman distance. …

“But then there are other people who say, I’m just going to go out there and run and swim and bike and do the best I can.”

And, she added, have fun.

Waldrop, the periodontics professor, is one who likes big challenges. Son of an Air Force officer, he was much traveled as a youth and was a rabid surfer. Later, as an Air Force periodontist stationed at Lackland AFB, Texas, he was challenged by a colleague to run a marathon.

More than a dozen marathons later (with a top time of 2:39), he was assigned to Wiesbaden AFB in Germany. Instead of marathons, he found himself competing in Europe on Air Force track and cross-country teams, as well as doing competitive cross-country skiing.

“And I just never did another marathon,” Waldrop said, “until the first Ironman I did, about 10 to 11 years later.”

Since then, he has completed more than 100 triathlons, including 30 or so full Ironmans.

That first Ironman, at Kona, was the toughest. In those days, the competitors all started the 2.4-mile swim event at once, rather than staggering their starts in waves.

“It was pretty intimidating,” he said.

“Actually, just getting out the water in that first Ironman I felt was pretty much of an accomplishment,” Waldrop said. “I had never swam that distance in my life.”

His 15th Kona attempt, in 2017, was the first he failed to finish. A bike mechanism malfunction during the ride put him out of the race.

Pitfalls & Perks of Triathlons After Age 50 – And Before

Which brings up the subject of injuries.

“I have broken a few bones over the years,” Waldrop said. “I broke my left collarbone biking. And then, about six or seven years ago, in Ironman Utah, a water bottle came out and got caught in my spokes and flipped me off, and I collapsed my right lung about 90 percent. I ended up in the hospital with a chest tube.

“If you ride a bike a lot and you haven’t had a fall,” he said, “something’s wrong.”

Triathlons might include some aches and pains, but they offer camaraderie and lots of humor as well.

When Mariner traveled to Edinburgh, Scotland, in 2010 for the ITU Duathlon World Championships – run, bike, run – she said Waldrop loaned her his bike box so she could take along her own bike.

She readily pokes fun at her slowness in the water.

At age 55, she did her first half Ironman, in Augusta, Georgia. To test the river flow, organizers put an empty bag of Cheetos in the water at the start and timed it to see how fast it got to the finish.

“My first time, the bag of Cheetos beat me,” Mariner said with a laugh. “I wasn’t the last one out, but close to it.”

“So,” she said, “my goal was, I went back the next year and I beat that bag of Cheetos.” 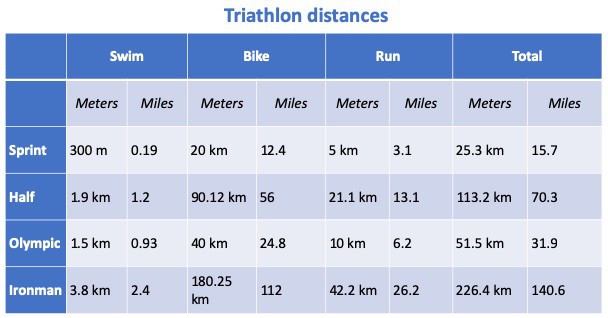