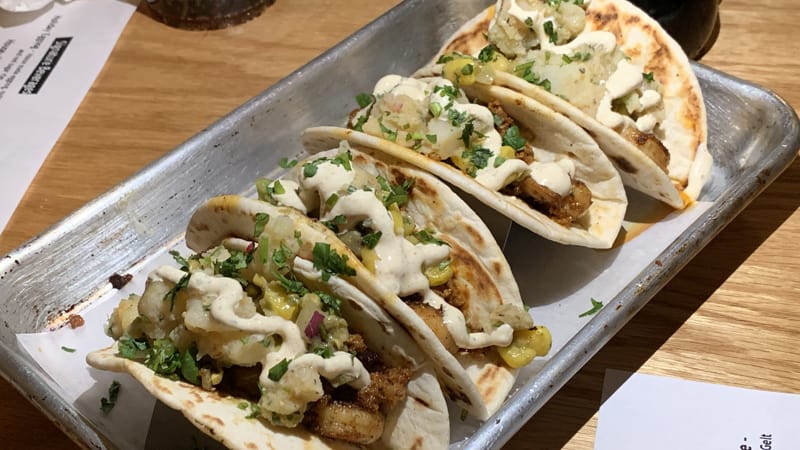 Firsthand recommendations from the staff at BOOMER magazine.

A HAPPY MARRIAGE OF SOUTHERN BLACK AND LATIN AMERICAN CUISINE

“Because a taco with no soul is just a sandwich.”

Such is the sentiment on the Soul Taco website. But their concept goes beyond an esoteric attempt to imbue their food with “emotional intensity.” Instead, it’s an energetic mash-up of black Southern soul food, Latin American flavors and Californian influences.

I had the opportunity to sample from the tasting menu, and I was impressed with the restaurant’s inspiration and execution.

The restaurant ownership is also a mash-up: Ari Augenbaum brings the soul food expertise, having spent hours with his grandmother in her kitchen and has brought some family secrets to the kitchen. “She had a set of measuring cups,” he said of his grandmother, “but I’m not sure why. She never used them.” Augenbaum’s experience includes a stint alongside celebrity chef Bobby Flay.

But the pièce de résistance has to be the fried chicken taco – all the goodness of buttermilk-battered Southern fried chicken on a taco, garnished with pickled red onions, avocado, chipotle barbecue crema and agave hot sauce. Mexico and the Deep South will have a party in your mouth.

The menu (and Chef Augenbaum) are vegan and vegetarian friendly, too. Décor is bright and energetic, reflecting south-of-the-border colors and Jackson Ward soul.

THE WILD AND WEIRD FESTIVAL

If you can agree with any of the following, you’ll want to get tickets for the Wild and Weird Festival at Fine Creek Brewing in Powhatan, scheduled for Saturday, Dec. 8, from 1-6 p.m.

Tickets are only $16 presale, $20 at the door, which includes a festival glass and three beer tokens, with additional tokens available for $3.

The Fine Creek taproom will be open as usual – and open to anyone, festival goer or no. The taproom will be pouring creative Fine Creek beers, with a diversity of styles – from approachable to adventurous – and serving the seasonally and locally sourced upscale pub menu. Fine Creek is kid friendly but does not allow pets (excepting only service animals). 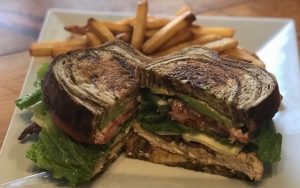 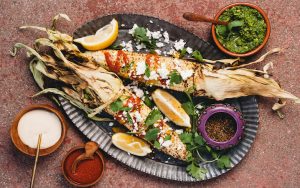