A year of remembering the 19th Amendment

The year 2020 marks an important centennial: ratification of the 19th Amendment, which guarantees American women the right to vote. Museums throughout the nation will be honoring this anniversary, and therefore, over the next few issues BOOMER will highlight exhibitions and events in Virginia and D.C. and take a deep dive into people and issues.

The constitutional amendment passed the house and Senate in 1919; but it wasn’t adopted until Aug. 18, 1920, after Tennessee became the 36th state to ratify it (although women in racial minorities still struggled to exercise their rights).

Many decades of conflict led up to this achievement, beginning in earnest when the amendment was first introduced in Congress in 1878. Champions of voting rights for women worked tirelessly, not always in agreement on strategies or principles, while adversaries worked tirelessly, too.

19th Amendment exhibits of interest include:

Library of Virginia, Richmond: “We Demand: Women’s Suffrage in Virginia.” Jan. 13-Dec. 5. Read more from BOOMER and go to LVA.Virginia.gov

Also at the Library of Virginia, Richmond: “Unfinished Business.” Through Nov. 21. Panel displays examine what still needed to happen after the 19th Amendment in order to ensure that all citizens had equal voice in shaping government policies. LVA.Virginia.gov

NOTE: This page was originally posted to reflect exhibitions in January and February, but we will update it periodically to add new events throughout the year. Contact the Boomer editorial staff with suggestions.

On a museum kick? We’ve got more new stuff in local museums!

Richmond Music 'Back in the Day'

National and Local Sports in the 1970s 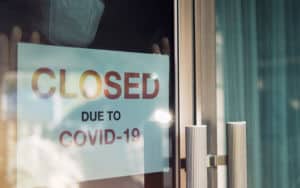