Home » Arts & Entertainment » 8 of the Best Podcasts for Baby Boomers

8 of the Best Podcasts for Baby Boomers 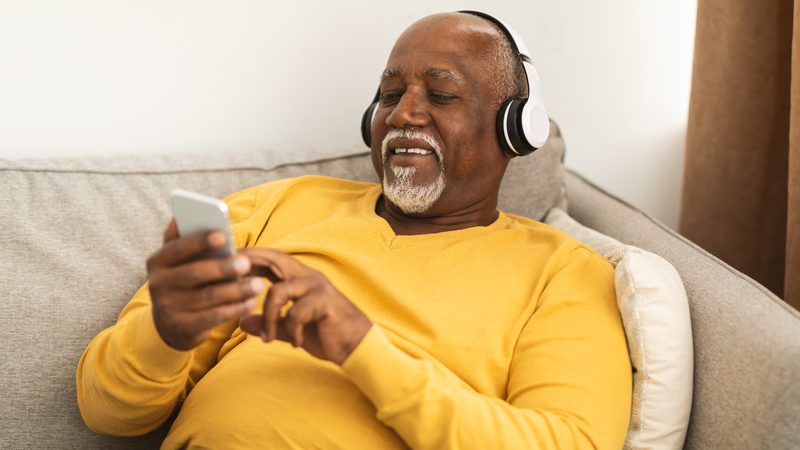 Podcasts have become part of everyday life for many, as these slices of audio treats – often refreshed weekly – provide commentary, education, and entertainment for increasing numbers of listeners. Most podcasts, of course, can be enjoyed by people of all ages – there’s always something to intrigue or delight – but here’s a roundup of the some of the best podcasts for baby boomers.

The popularity of true crime shows no sign of abating, and this podcast is particularly fascinating. Delving into the compelling human aspects of crime, “Criminal,” hosted by Phoebe Judge, takes a deep dive into those affected by crime – both perpetrators and victims – to uncover the horror and impact of famous, infamous, and unexplored crimes. Great to listen to late at night, but you might want to leave the light on!

Based on the popular weekly public radio show, “This American Life” has millions of loyal listeners and serves up a weekly dose of American stories – amusing, touching, and revelatory – about everyday life in America. A podcast as comforting as a patchwork quilt and a great one to curl up to on a Sunday afternoon.

Described as like listening to a friend telling you about the economy in a bar, “Planet Money” explores finances in an insightful and accessible way. “Episodes include topics like secrets of the auction world and how the quickest vaccine in history was funded and fast-tracked. If you like money, money, money and are interested in how it all adds up, you’ll love this podcast,” says Ian Mirson, a writer at Let’sGoAndLearn and My Writing Way.

‘You Must Remember This’

For lovers of Old Hollywood and its lesser-known stories, “You Must Remember This” uncovers the secrets of the first century of Hollywood – the scandals, the myths, and the truth behind the legends. From the curse apparently surrounding the Hemingway family, to the story of the first woman to conquer ageism in Hollywood, this podcast takes a peek under the glitter to the fascinating truths below.

‘Stuff You Should Know’

From the truth about hot dogs, to the interesting case of the paper dress fad, to how dirty your bed really is, learn quirky stuff you never thought you’d like to find out about – that could change your life! Learn stuff you should know from charismatic hosts Josh Clarke and Chuck Bryant as they take listeners on a weekly journey through the bizarre and the fascinating. Just think of all the stuff you’ll be able to amaze your friends and family with!

‘Feisty Side of Fifty’

There’s a whole lot of living to be done after 50, says “Feisty Side of Fifty,” an inspirational celebration of aging with verve and style, featuring interviews with actors, experts, and authors who shares tips and advice on how to live your best life in your advancing years. “Travel, food, the pursuit of knowledge, and cultural pursuits, are all topics explored in this uplifting podcast,” shares Diana Paul, a blogger at Studydemic and Resumention.

Who doesn’t love a good conspiracy theory? The Parcast “Conspiracy Theories” podcast takes a 360 look at the most intriguing and controversial stories and supposed cover-ups – such as Area 51, the death of Kurt Cobain, the moon landings – examining where they came from and looking at them from the viewpoints of both skeptics and believers and everyone in between. At the end of each episode, the hosts rate how plausible they think each conspiracy theory is. Well worth a listen for a good head scratch and a lot of puzzlement.

‘How I Built This with Guy Raz’

Every wondered how those best-known companies – Dyson or Dell Computers or Home Depot – came about? “How I Built This with Guy Raz” tells the fascinating stories of how such big, famous companies got started, with interviews and insights from the people behind them. The stories are inspiring as well as fascinating; you may just decide to unearth that genius idea sitting in your nightstand drawer and start that company!

So, there we have eight of the best podcasts for baby boomers – listen and enjoy!

Emily Henry is a key writer at Simple Grad. She writes informative and up-to-date articles about careers.