This old TV western staple reflects on his career 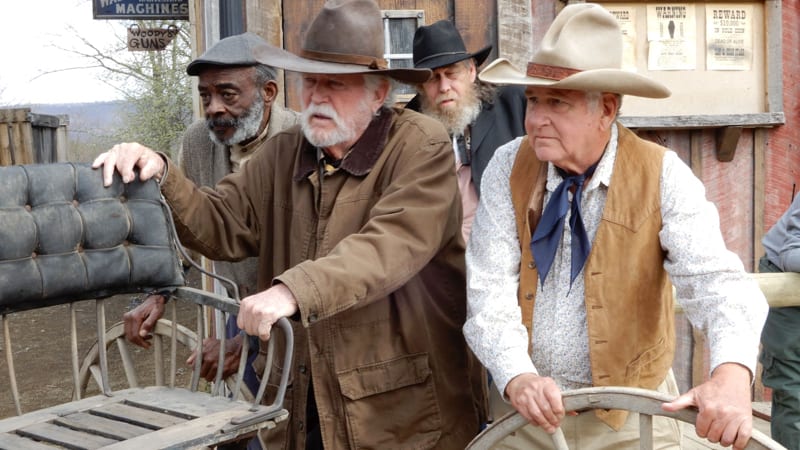 A staple on the old TV westerns, Don Collier got his first break as a lead actor in the short-lived series “Outlaws” in the early 1960s.

“I interviewed for the role in December 1959 and they called me back for three weeks the following January/February when we shot the pilot,” recalled Collier. “NBC wanted a prime time slot for Ralph Edwards (‘This is Your Life’) and they had to move either us or Bonanza. Bonanza was in color and we were black and white (for the first season) so we lost out. But we had a lot of great old actors doing guest spots and it was a good show.”

During the first season, well-known character actor Barton MacLane co-starred with Collier. “I’d seen him in movies from the 30s and 40s as a leading heavy for Warner Bros,” Collier recalled. “He was a good guy to work with, but apart from breaking out the drinks and card games on a Friday night after filming, we didn’t socialize much.”

Slim Pickens was another regular on the series. “A wonderful, natural actor who was also great to work with. I always remember his lines would come out differently than what was written in the script. But the director didn’t care as long as Slim made his point on screen.”

Collier says while he and the other actors did most of their own riding, the stunts were left to the professionals. “We were all pretty athletic and could have done the fight scenes and horse falls, but you didn’t want the stunt guys to lose a paycheck so they did most of that.”

He went on to appear in dozens of movies and TV shows, including over 60 episodes of “High Chaparral.” Fans also remember him from a series of Hubba Bubba bubble gum commercials in the 70s and 80s.

“‘Big bubbles, no troubles!’ was the slogan,” said Collier. “I did that for 8 years, even going down to Australia twice to record the commercials. At the time, something like 90% of a commercial had to be made in Australia so they needed me in person so the ads could run there. I loved the country so much I visited six more times.”

Today, Collier lives in Arizona and doesn’t miss the hectic Hollywood life nor the LA traffic. Last October he turned 90 and traveled to Maryland for a role in a rare modern western, “Bill Tilghman and the Outlaws,” due for release this year (see www.one-eyedhorse.com).

“Darby Hinton, a good friend, called to say they needed someone to play an old man so I said would – because I am an old man!” said Collier, laughing. “It’s a low budget production but turned out pretty good. I’m 90 years old now but still pretty active. So if something comes up that interests me like the occasional role or a personal appearance, I’ll do it if I can.”