From a 1960s surfer to a retired detective 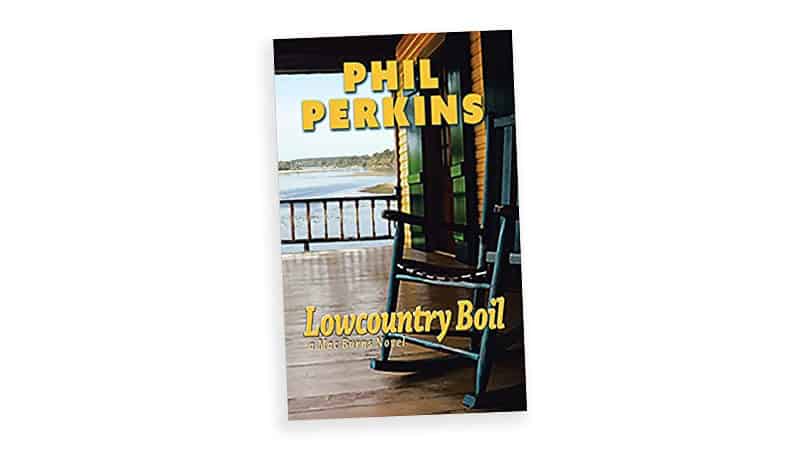 Boomer readers may recognize Phil Perkins for his heartfelt essays, including “Reflections on a First Job,” “Day Labor,” and “The ‘Tails’ of Two Heroes.” In addition to these true-life contemplations, he has published several business books. But in recent years, his writing has taken a more fanciful turn. 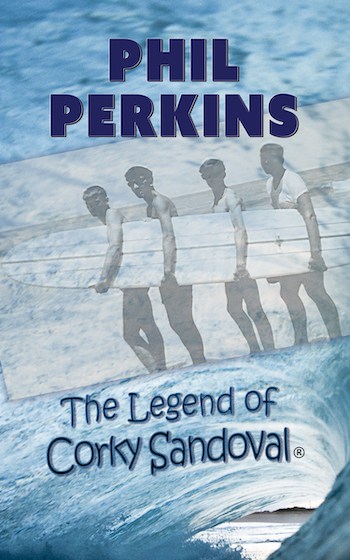 In 2018, Perkins published The Legend of Corky Sandoval, a first-person narrative of a young surfer in the 1960s traveling from California to the East Coast to ride the waves. He began his travels in the company of a long-time friend, Gabe. At their first stay-awhile stop before leaving California, Corky and Gabe met Abby. The new trio adopted a dog, Skipper, and together they continued on the odyssey. 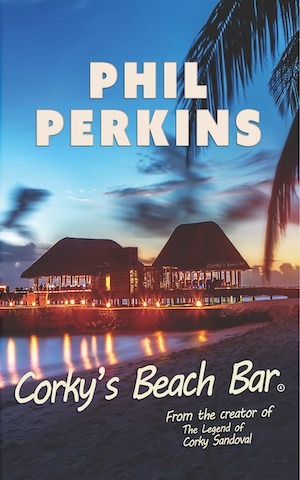 He followed up with Corky’s Beach Bar in 2019. As the author himself describes it, “It fleshes out the story of Corky’s search for the perfect wave and goes a long way in explaining his relationship to the secondary character, Greg Priestly, more or less his alter ego. There are a couple of surprises in that one.”

In August 2021, Phil Perkins published Lowcountry Boil: A Mac Burns Novel. Mac Burns is a divorced police detective who retires to small-town “Old Town” Bluffton, in South Carolina’s low country. Though Mac is content with his “ho hum” retirement, he finds himself drawn back to detective work – as well as to a relationship with a local woman.

Boomer reached out to Perkins to learn more about the story behind his three fiction books – and the potential of more on the way.

Why did you want to begin writing fiction?

I guess I always had stories running around in my head. When I was a kid I wrote little plays and actually started a book featuring me and my brother as young sleuths. Sort of like the Hardy Boys. Then I took a break of most of half century and revisited putting stories to paper.

Where did the idea for the Corky Sandoval character come from?

As a teenager I dreamed of moving to California and learning to surf. While other kids were listening to British bands I was the guy with all of the Beachboys records. I even followed the career of champion surfer Corky Carroll who ended up being an advisor on the first Corky book. So that book was just another way of following the surfing lifestyle dream.

Where did you get the idea for the Lowcountry Boil mystery? For the Mac Burns character? 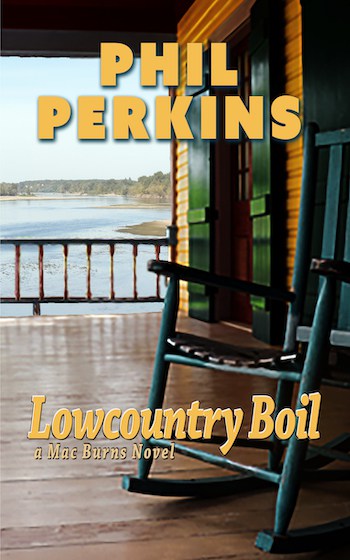 I’ve been a fan of mysteries forever. So when I decided to actually write one I followed the old “write what you know” rule and set the story to a large degree around our second home on Hilton Head Island and the little town of Bluffton, South Carolina. Of course that area is called the lowcountry. Mac is a composite of people I’ve known over the years including a retired cop from Cleveland. Like a lot of people Mac had a concept of what retirement would be like and keeps getting tangled up in little situations he wasn’t prepared for.

Do you see anything of yourself in your two main characters, Corky and Mac?

Oh yes. Certainly in the Corky character. If I could have scripted my teenaged years it would have looked much like the book. Mac is a little different. I don’t see myself in him but do have him react as I might in a given situation.

Tell us about the canine characters in your books. Who are they and why do you include them?

There are, in fact, dogs in each of my books. In the Corky books, there is a character called “Skipper”…. just a slightly different version of our current pup, Skippy. In Lowcountry Boil, the dog is Hero, our departed terrier. Readers of Boomer will recall that both of those were featured in my article “Tails of Two Heroes.” Important to note that both were rescues. I include them because they just make life better. I’d be surprised if I ever write a novel without a dog. After all I’ve yet to feature our Maltese mix Jeter and he’s getting jealous!

I’m so glad you asked! I’m on chapter 10 of the follow-up Mac Burns book right now. It’s called “Porch Rocker” and is about an aging rock star who ends up getting into legal trouble. As you might anticipate Mac gets pulled into the mystery surrounding the death of the rock star’s fiancé.

What was your process for getting an editor and a publisher for both books?

I’ve hired editors over the course of writing several books going back to three books on business. I must say I’ve had mixed results. I write in the vernacular style as far as my fiction and sometimes editors try to “correct” that. I can’t imagine Corky’s teenaged affectations being edited out. In terms of the publisher, I’ve had a relationship with the same company going back to my non-fiction business books.

Have you joined any writing groups, read any books, or taken other steps to improve your skills as a writer?

Yes, I have. There are a number of them. Some are hosted on Facebook. I also am on a chat room with the company that created AutoCrit, an editing tool. It allows authors to share ideas and avoid mistakes.

Do you feel that you’ve gotten better as a fiction writer between the two books?

I’d like to think so. I do know that it’s getting easier as I go. At the beginning, writing dialogue seemed a real pain and now I seem to be able to write it at the speed of my typing, and I’m a pretty fast typist. I knew those typing classes in high school would pay off!

What do you hope for in your future as a writer?

I’d certainly like to gain wider exposure. I can’t say I’d hate having a best seller, but I’ll continue writing no matter what. Most people I talk to who have read my books seem to have been entertained and that’s a good feeling. I even had one woman ask if she could edit the next Mac Burns novel free of charge just so she could see the manuscript first.

I’d like to thank you and the folks at Boomer for taking interest in my writing. I’ve enjoyed contributing to the magazine and online publications.