Creative YouTube series of favorite characters on the therapist's couch 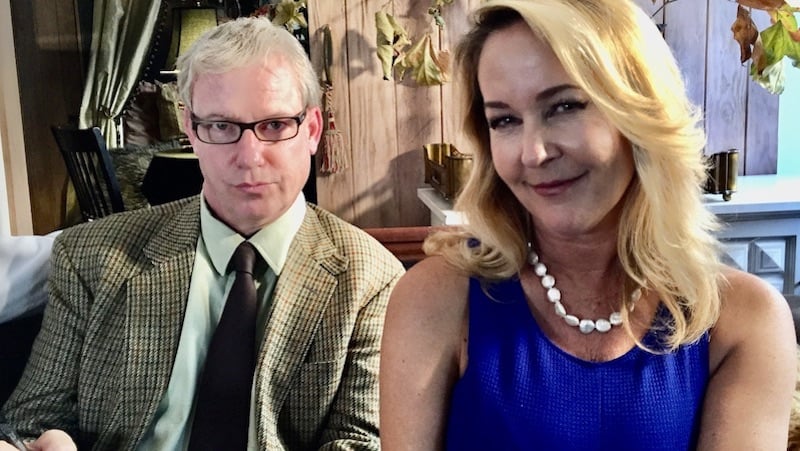 Back in 2019, actor/writer/producer Terry Ray convinced Erin Murphy – best known for playing baby Tabitha in Bewitched – to reprise her role in a short five-minute web skit. Her now-adult character seeks out a therapist (played by Ray) to deal with childhood issues lingering from growing up as the daughter of Darrin and Samantha Stephens. It was the beginning of a web series called TV Therapy that has delighted fans of classic television.

“One day my dad came into the room and he was a completely different person,” proclaims Tabitha to Dr. Stephen Nielson, Ray’s therapist character in the series. Fans of Bewitched will immediately understand the humorous implication.

Ray followed up with another fun therapy session featuring Dawn Wells as Mary Ann of Gilligan’s Island fame; here she discussed her issues resulting from the harrowing years stranded on a desert island. The series is available on Ray’s YouTube channel.

“Don’t ever take a vacation in Hawaii, and if you do, don’t take the harbor cruise,” advises Mary Ann from the therapist’s couch.

“We shot the ones with Erin and Dawn in the home of Billy Clift, the director, pre-COVID,” explained Ray from his home in Palm Springs. “Then COVID hit, but they were so much fun I wanted to do more and realized I could via Zoom.”

He followed up in 2020 with episodes featuring Butch Patrick (Eddie from The Munsters), Kathy Garver (Cissy from Family Affair), and others.

“I’m a classic TV fan and came up with the therapy sessions as a fun way to explore the characters today,” said Ray, who wrote all the scripts. “I had no budget and don’t make any money from the series. Everyone volunteered their time because we knew how much the fans would enjoy it.”

Ray was devastated when he learned of Dawn Wells’ death from COVID in late December last year. The two became friends after he wrote and appeared in the short 2015 film with Wells, She’s Still on That Freakin’ Island; it featured Ray’s character washed ashore to find Mary Ann still a castaway.

“With the stress of COVID I, like so many, found comfort tuning in to classic television; the shows that made us feel happy and safe in our youth and still do,” said Ray. “On a sad note, TV Therapy was one of the very last performances of the wonderful Dawn Wells before we lost her to COVID. Dawn really embraced the role of Mary Ann and helped keep the show alive for fans for 50 years.”

Ray plans to keep classic TV show memories alive for fans, too, by continuing his TV Therapy series in 2021. For more about Ray and his work, see www.terryray.tv. [Check out TV Therapy with Mary Ann below – you will be hooked!]

“I’ve got new shows planned and written and hope to keep it going for several more seasons.”

Nick Thomas teaches at Auburn University at Montgomery, Ala. He has written features, columns, and interviews for over 850 newspapers and magazines.