’The Goddess and The American Girl’ 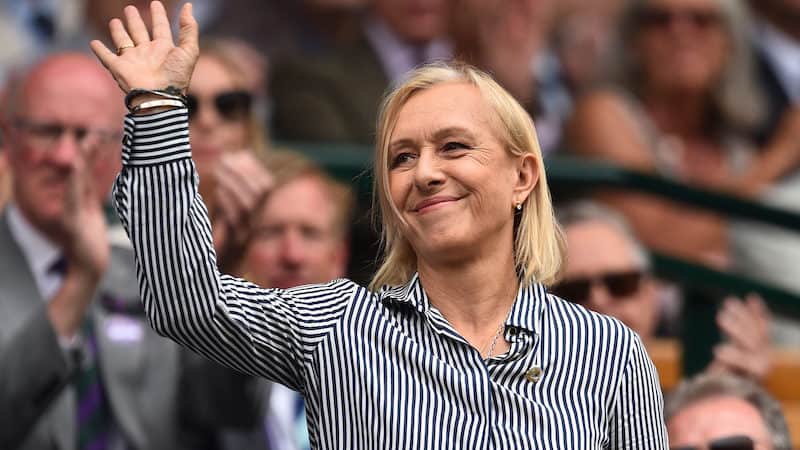 Martina Navratilova produces tennis documentary: The tennis great is executive producer for film on legends Suzanne Lenglen and Helen Wills. Read Variety coverage of the documentary, followed by links to nostalgic tennis and other sport memories focused in Richmond, Virginia.

“The Goddess and The American Girl” tells the story of French tennis champion Suzanne Lenglen and American sensation Helen Wills against the backdrop of the Roaring Twenties. The feminist Lenglen and the embodiment of American energy Wills took center stage in a tennis match at Cannes in 1926 – dubbed the “Match of the Century” – and in the process changed women’s lives forever.

Featuring unprecedented access to original 1920s footage, which will be colorized, the documentary explores the emerging role of women through the lens of Lenglen and Wills’ epic battle.

Navratilova said: “Everything was a man’s world, and these women transcended the sport. They blazed that trail. They affected women’s rights and gave women the right to dream. To hope.”

Jon Wertheim, executive editor of Sports Illustrated, is executive producing alongside Navratilova. His book “Strokes of Genius: Federer, Nadal, and the Greatest Match Ever Played” was adapted into a feature documentary.

Cornelia Street Productions MD Sarah Sapper said: “The huge amount of interest we have had in this project exemplifies how important this event is to the history of women everywhere. These two unsung women pushed the boundaries of what it meant to be female.”

Alan Handel, founder, Handel Productions, said: “Bringing such a pivotal moment in history to the screen requires exceptional voices. We are thrilled to have Martina and Jon as executive producers. We also have a cast of outstanding contributors including Chris Evert, winner of 18 grand slam singles titles, and Stacey Allaster, former CEO of the Women’s Tennis Association, a strong advocate for women. This is a story with huge global reach so it’s wonderful to be giving it the attention it deserves.”

Tom Brisley, creative director, Arrow Media, added: “‘The Goddess and The American Girl’ isn’t just about female athletes taking centerstage for the first time; it’s the story of how two individuals helped transform what was possible for all women. The treasure trove of newly discovered archive material will be painstakingly colorized to bring the story alive, in the full color in which it happened. We hope that the film will capture the world’s attention.”

Read the 1988 book on Suzanne Lenglen and Helen Wills:

Although the city has had some not-so-proud moments, Richmond has finally embraced its local tennis legend, Arthur Ashe, including erecting a statue in in his honor on Monument Avenue and renaming a major thoroughfare Arthur Ashe Boulevard.

Below is a collection of Boomer articles that mention Ashe or other tennis heroes.

Top local and national sports memories in the 1970s

What does Lynchburg, Virginia, have to do with Arthur Ashe?

When Martina Navratilova came to Richmond