A Horse with No Name

Remembering and lampooning the Western genre 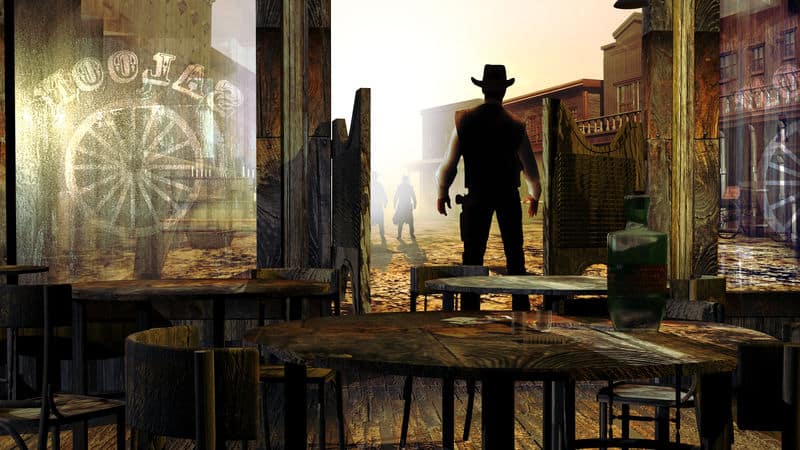 The cowboy rode into town out of the desert on a horse with no name. Had the film been made 40 years ago the horse would have not only a name but a personality, an intelligent horse capable of coming to the aid of his master should that be necessary. Gene Autry’s horse Champion in fact had turned down a scholarship because he knew Autry needed him.

Anyway, modern westerns, with which I have become familiar since Covid-19 won’t let me leave my house, feature horses that are just horses. They don’t do tricks. They wait patiently outside the saloon while the cowboy … actually he has nothing to do with cows and he’s not a boy. He’s a man on an unnamed horse … a horse man, you might say.

Gene Autry and Champion were always neat and clean. Autry had some sort of little scarf around his neck for some reason; I guess it helped him feel good about himself. He carried a gun, of course, and occasionally shot at somebody who no doubt deserved it. But the gunfights in those days were clean events. The shot person didn’t bleed, he just fell to the ground. A bloodless massacre, if you will.

Autry did a lot to protect his image. In one scene he walks up to a saloon bar and orders a glass of milk. “What!” says the barkeep. “Milk,” says Autry. “You know that white stuff that comes from cows.” In Gunsmoke, Marshall Matt, the Doc and Miss Kitty just drank beer. A compromise so to speak. But back to the horse man.

And what do you think happens next? 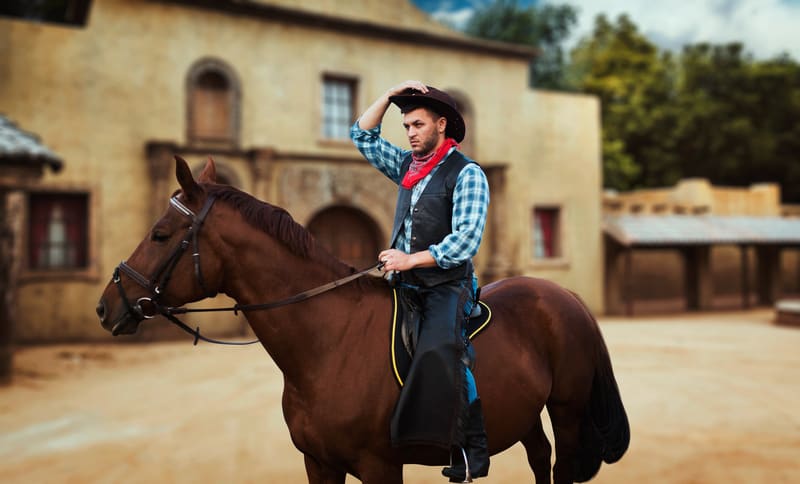 We usually don’t know why horse man rode out of the desert into the little town, or why we went straight to the saloon and without benefit of sentences said, “Whiskey.” He’s given a shot, downs it, then orders another. By then he’s probably unable to shoot straight but has no problem gunning down three troublemakers, all of whom drew on him first. Having done that, and walked away under the guise of self-defense, he mounts his unnamed horse and rides out to the edge of town where a beautiful woman is taking care of a small ranch all by herself. The conflict comes from a group of ruffians who are trying to steal her ranch because a railroad is coming through.

There’s a bit of shooting that follows where horse man kills all the bad guys and saves the beautiful woman.

Now at this point the film can take many directions, but the most likely is a final shootout in the town where horse man shoots about everybody who is left and the beautiful woman swoons all over him.

He bids her farewell and returns to the saloon for more whiskey. The ladies who work the saloon make several advances, but he rebuffs them all because, well, he’s just not that kind of guy. He could marry the beautiful ranch woman but then he’d end up running a ranch, with a dozen kids underfoot. And he’s not that kind of guy either.

There are other little towns in the west that horse man has to visit. His work is not yet done.

Gene Cox was a familiar face and voice in Richmond broadcasting media for many years, as former news anchor for WWBT-NBC 12 and co-anchor of ABC affiliate WRIC-TV8. Besides this spoof of western genre humor, Cox wrote regularly for Boomer in the magazine’s early days and has continued to contribute occasionally. Follow Gene on Twitter at @genecoxrva.

Enjoy other Nostalgia articles from Boomer, including many that answer the question, “Where Are They Now?”: